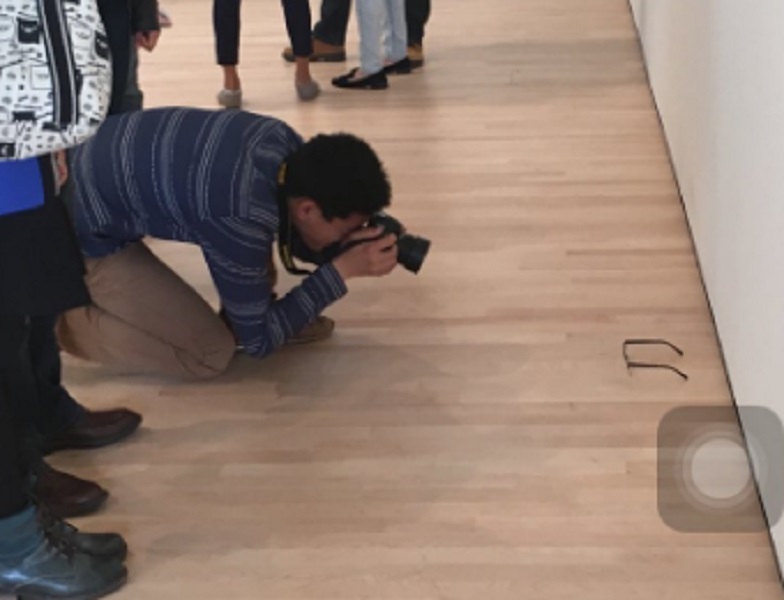 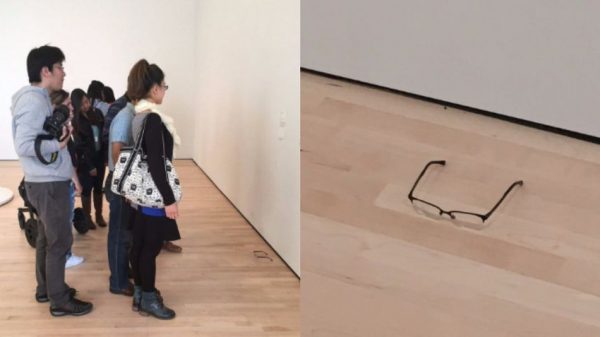 During a visit to the San Francisco Museum of Modern Art, a teen decided to test his theory that people will try to find meaning in anything if it is in a gallery setting — and he was correct.

“Upon first arrival we were quite impressed with the artwork and paintings presented in the huge facility,” TJ Khayatan told BuzzFeed. “However, some of the ‘art’ wasn’t very surprising to some of us.”

Khayatan enjoyed much of the gallery, but was not particularly moved by a stuffed animal sitting on a grey blanket being presented as art.

“We stumbled upon a stuffed animal on a gray blanket and questioned if this was really impressive to some of the nearby people,” he explained.

To see if people would actually accept anything being presented to them as art, the teen decided to place a pair of glasses on the ground, walk away, and watch for reactions.

LMAO WE PUT GLASSES ON THE FLOOR AT AN ART GALLERY AND… pic.twitter.com/7TYoHPtjP8

It didn’t take long before the glasses were surrounded by people, some even taking photos of the glasses.

Lowering our vision of the future?

On Monday, Khayatan posted photos of people observing his surprisingly ironic postmodern work of art to Twitter, and they immediately began to go viral. The tweets have now been retweeted over 50,000 times.

Khayatan attempted other stunts while at the gallery, including a baseball cap placed in a corner, but none were as successful.

Despite the silliness, the teen still has a deep appreciation for art and people with creative minds who are able to find meaning in even the simple things.

“I can agree that modern art can be a joke sometimes, but art is a way to express our own creativity,” he said. “Some may interpret it as a joke, some might find great spiritual meaning in it. At the end of the day, I see it as a pleasure for open-minded people and imaginative minds.”