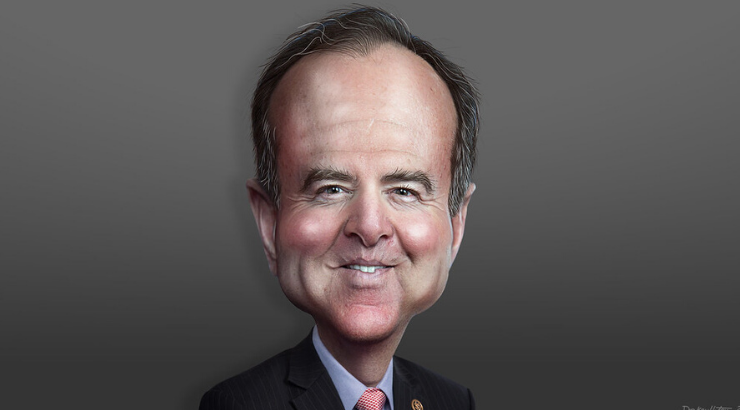 In February of 2018, Republicans and Democrats on the House Intelligence Committee released separate reports after spending months looking at the FBI’s conduct during the 2016 US election.

FLASHBACK: @RepAdamSchiff on March 20, 2017 reading highlights of the now-debunked Steele dossier into the congressional record. https://t.co/bYTVfXCBkp

Horowitz found that FBI and DOJ officials did in fact omit critical material information from the FISA warrant, including several items exculpatory to Page. Material facts were not just omitted but willfully hidden through doctoring of evidence.

The warrants were based on Steele’s dossier, which was known by January 2017 to be ridiculously uncorroborated. The renewals did not find information that corroborated Steele’s reporting. The warrants clearly didn’t allow the FBI to collect valuable intelligence. And Steele’s prior reporting was not used in criminal proceedings. –The Federalist

“We found that the FBI did not have information corroborating the specific allegations against Carter Page in Steele’s reporting when it relied upon his reports in the first FISA application or subsequent renewal applications,” reads the executive summary of the IG report.

The media joined Department of Justice bureaucrats in bitterly opposing the release of the Nunes memo. The Justice Department released a letter to the press saying the action was “extraordinarily reckless,”would be “damaging” to “national security,” and would risk “damage to our intelligence community or the important work it does in safeguarding the American people.”

Then, when the report was released, the media made a variety of contradictory claims, all of them downplaying or dismissing the memo as nothing whatsoever. “Why Were The Democrats So Worried About The Nunes Memo?” asked The New Yorker. Rachel Maddow said that, far from destroying national security, instead the memo delivered “a sad trombone for Trump.” “It’s a joke and a sham,” claimed Washington Post writers.

“The memo purports to show that the process by which the FBI and Justice Department obtained approval from the Foreign Intelligence Surveillance Court to conduct surveillance on former Trump adviser Carter Page was deeply tainted,” the Post article says. “It does this by straining every which way to suggest that the basis for the warrant was the so-called ‘Steele dossier,’ which contains Democratic-funded research by former British spy Christopher Steele.” (The IG confirmed this week that the efforts to secure a warrant to spy on Page were dropped due to lack of evidence until Steele delivered his memos.)

On the other hand, Salon called the memo “fake news.” New York Magazine’s Jonathan Chait, who fervently believes that Trump is a traitor who colluded with Russia to steal the 2016 election, all evidence to the contrary, went even further. “The Nunes Memo Is Fake and the Russia Scandal Is Very Real,” he claimed. “While the evidence that the DOJ has been corrupt or even sloppy in its investigation has disintegrated, evidence for the seriousness of the investigation itself has grown progressively stronger,” Chait claimed.

CNN had their good buddy James Clapper, an Obama intelligence chief, say that the memo was a “blatant political act.” John Brennan, Obama’s CIA chief who was also implicated in the spying on the Trump campaign, told Politico that the memo was “exceptionally partisan.” Politico claimed the memo “makes no sense.”

“Nunes Memo Accidentally Confirms the Legitimacy of the FBI’s Investigation,” asserted The Intercept. “All Smoke, No Fire,” claimed resistance member Orin Kerr in The New York Times. “The Nunes Memo Continues To Backfire,” declared the hyperpartisan Washington Post editorial board.

A great example of the general media treatment of the issue of FISA abuse was offered up by U.S. News and World Report. “Nail in the Coffin for Nunes Memo,” declared the headline of an article that effusively praised Schiff while utterly condemning Nunes. “Nunes’ memo was a bad joke from the start,” the author writes, going on to assert that Page was a dangerous agent of Russia, multiple Trump campaign operatives were surveilled for excellent reason, and the ex-British spy secretly hired by Hillary Clinton to produce the dossier alleging Trump was a secret agent of Russia was simply beyond reproach.

“If the GOP’s defense of Page is puzzling so is its targeting of Steele, an accomplished British former spy with an expertise in Russia and Vladimir Putin,” claimed the U.S. News and World Report article. Steele’s reputation with most reporters was not based in reality and he doesn’t even claim he verified any of the information in his report, which a sprawling special counsel investigation was unable to corroborate in any of its central and major claims.

It is unclear if the media will revisit, much less apologize for, their false claims about the Nunes memo or credulous support of Schiff’s memo.