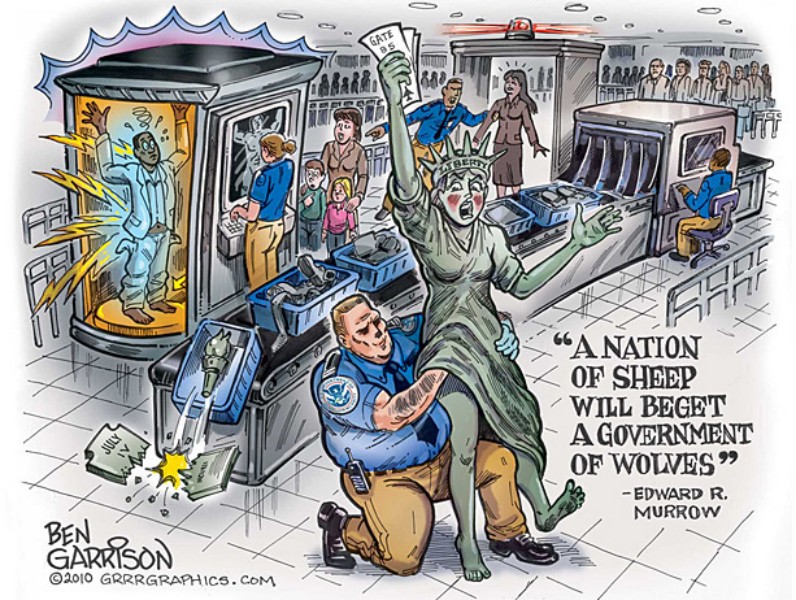 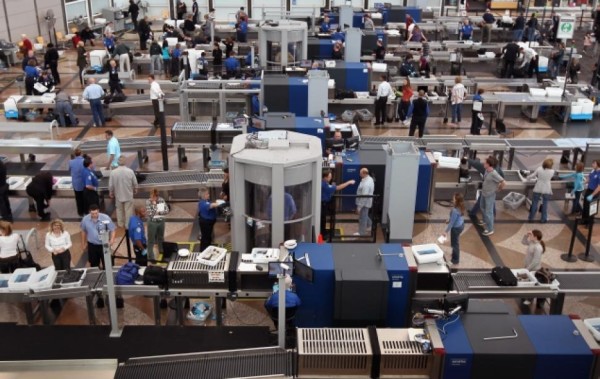 “Considering all options [to reduce waiting times] including replacing the TSA with private security contractors. It’s really a sign of us looking outside the box,”  Lance Lyttle said. “We have a problem and we can’t operate the same way and expect different results.”

Travelers’ reviews and the TSA’s official website state that check in times for flights can often reach well over an hour and a half during peak travel periods. This announcement comes just shortly after one of the world’s busiest airports – Atlanta’s Hartsfield-Jackson International Airport – issued a warning to its TSA agents last month over too few screeners and growing passenger waiting times. 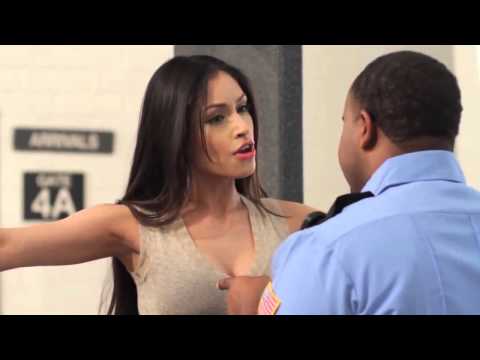 According to a TSA spokesperson, the security line waiting times have jumped dramatically in the first few months of 2016 as a result of many factors such as remodeled security checkpoints, a reduction in the number of agents, insufficient training, and more people flying. But the honest truth is that the Transportation Security Administration, the Aviation and Transportation Security Act that created it, and the National Defense Authorization Act that sustains it are, and were always a part of the Hegelian incrementalism designed to create a one world authoritarian police state. It is no secret that prior to 9/11, very limited federal security aviation requirements existed. Yet under these progressive 9/11 provisions the TSA has exponentially grown the federal authority to oversee security for highways, railroads, buses, mass transit systems, pipelines, sea-ports and more than 450 airports in the United States.

Numerous critics have asserted that the TSA is a waste of tax-payer finances. They cite the fact that TSA employees have literally been caught sleeping on the job, bypassed security checks, and on multiple occasions failed 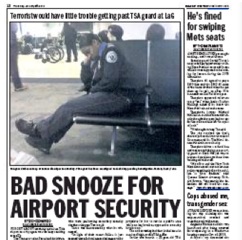 to use good judgment and common sense. TSA agents have been accused of mistreating and sexually harassing passengers, having used invasive screening procedures and  touching genitals – including those of children – removing nipple rings with pliers and searching passengers or their belongings for items other than weapons or explosives in order to steal passenger posessions. The TSA fired 28 agents and suspended 15 others after an investigation determined they failed to scan checked baggage for explosives. The TSA was also accused of having spent lavishly on events unrelated to airport security, installing body scanners for insider profit instead of safety, and wasting money in hiring, including a recent $1.4 million purchase of an app that makes right and left arrows. A 2013 report by the Homeland Security Department Inspector General’s Office charged that TSA was using criminal investigators to do the job of lower paid employees, wasting millions of dollars a year.

On Wednesday, Peter Neffenger, Head of the TSA told lawmakers on Capitol Hill that he’s made resolving the problem of long lines a top “priority” for TSA and plans to visit Sea-Tac as early as next week. During a Commerce Committee hearing on Wednesday, Neffenger welcomed Senate proposals to beef up airport security, saying “We have to mitigate what is going to be a very challenging summer season by pushing as many new hires as we can into the system.” The total failure of the TSA to detect bombs during drills and the many other deep-seated issues of the TSA were not discussed.

Related: Today in a 91-5 vote, the Senate also adopted an amendment from Sen. Martin Heinrich (D-N.M.) that would double the number of Visible Intermodal Prevention and Response (VIPR) teams — which are deployed to inspect travelers  This comes after a vote Thursday which adopted an amendment containing the text of several bills to strengthen airport employee vetting, expand the Transportation Security Administration’s PreCheck program and donate unneeded security equipment to foreign airports that have direct flights to the U.S. 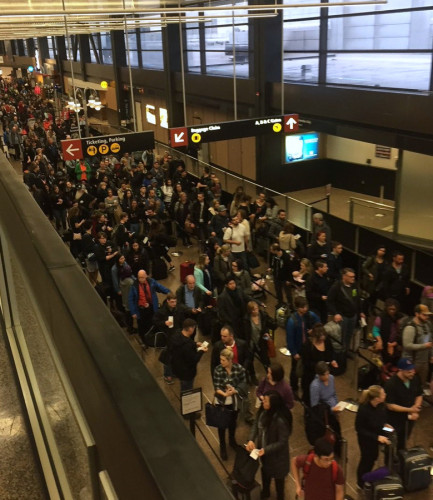 The provision was sponsored by Sen. John Thune (R-S.D.), chairman of the Commerce, Science and Transportation Committee.

Lawmakers have been pushing to attach the provisions to the FAA bill after a deadly terrorist attack on a Brussels airport and subway station last month. Current legal authority for FAA programs expires July 15.

“Events around the world and security lapses at U.S. airports necessitate new protections for the traveling public,” Thune said in a statement.

Thune’s amendment would increase random inspections of airport workers at secure area access points, require the TSA to conduct a review of the insider threat posed by airport employees and enhance employee vetting and eligibility requirements.

It would also expand the use of so-called red teams, which are special units which conduct covert operations to test airport security by attempting to sneak dangerous materials into airports.

An article published today on TheHill.com references the same Commerce Committee hearing on Wednesday where TSA Administrator Peter Neffenger welcomed the Senate proposals to beef up airport security. Neffenger said if he received additional VIPR teams, he would quote “put them to use…Anything we can do to tighten the oversight of the insider population to verify their trusted status is worth doing.”

The question is what exactly are all these provisions being set in place after the attack on Brussels actually meant to accomplish. The congressional idea that somehow the answer to the TSA debacle is simply to add more agents doing random checks clearly shows just how out of touch with reality some of these congressional representatives really are. 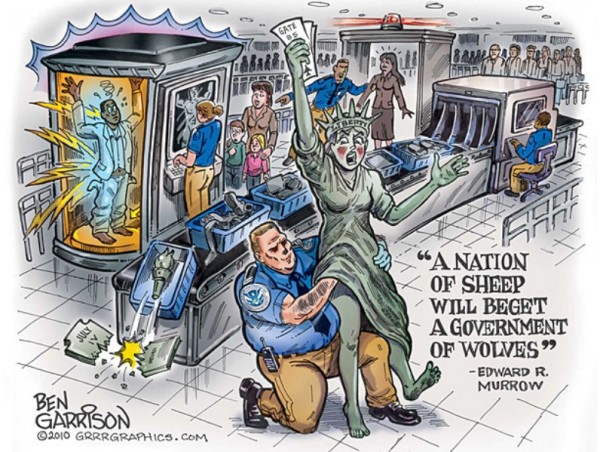 WeAreChange.org is an Independent Alternative news company we 100% viewer funded Support us on