Serbia: 2 hostages killed in US airstrikes in Libya 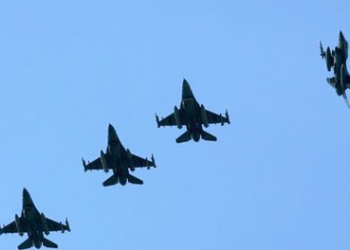 BELGRADE, Serbia — Two Serbian embassy staffers held hostage since November died in Friday’s U.S. airstrikes on an Islamic State camp in western Libya that killed dozens, Serbian officials said Saturday, questioning why the Americans did not appear to know that foreign captives were at the site.

A U.S. official said American forces had “no information indicating that their deaths were a result” of the airstrikes.

Prime Minister Aleksandar Vucic said there was no doubt that Sladjana Stankovic, a communications officer, and Jovica Stepic, a driver, were killed in the American bombing. They were snatched in November after their diplomatic convoy, including the ambassador, came under fire near the coastal Libyan city of Sabratha.

“Apparently, the Americans were not aware that foreign citizens were being kept there,” Vucic told reporters, adding: “But that will always remain an unknown fact to us.”

Pentagon spokesman Peter Cook said the U.S. is determined to stop IS from “gaining traction” in Libya. Cook said the training camp was “relatively new.”

“Our forces watched this training camp for weeks leading up to the operation, and at the time of the strike there were no indications of any civilians present,” Cook said.

Serbian Foreign Minister Dacic said Serbia had known for a while the exact location where the Serb hostages were being held and had been working to get them back, adding that Libyan troops were considering an operation to free them.

“I believe we had been close to the solution for them to be freed. Unfortunately, as a consequence of the attack against ISIS in Libya, the two of them lost their lives,” Dacic said, using another acronym for the Islamic State group.

He said there may have been no communication between Libyan and U.S. security services in organizing the attack and on whether the Americans were informed that the hostages were in the base.

“We will seek official explanation from both Libya and the United States about the available facts and the selection of targets,” he said. “No one had informed us that the attack will take place.”

According to the information received by the Serbian security services, a criminal group believed to be linked to IS had demanded ransom for the hostages and were holding them at the targeted site, he said.

On the other hand, the American administration said it was a (IS) training camp,” Dacic said. “This is information that has to be checked.”

He did not specify the amount of ransom demanded of the families, saying only it was “impossible to pay.”

“It wasn’t in the interests of the people who held them to kill them, because there were no other demands but financial,” Dacic said.

A Libyan armed group calling itself the Special Deterrent Forces announced on Facebook that the two bodies had been delivered to Tripoli’s Matiga Airport. The group posted pictures showing two green coffins inside a hearse, and another of one of the coffins sitting on a tarmac next to a small plane.

The Special Deterrent Forces are loyal to the militia-backed government that now controls Tripoli. The Serbian officials said the bodies would be flown to Serbia on Monday.

In November, gunmen in Libya crashed into a convoy of vehicles taking Serbia’s ambassador to neighboring Tunisia and then kidnapped the two embassy employees. Serbian ambassador Oliver Potezica escaped unharmed along with his wife and two sons.

“The attack happened when one of the embassy cars was hit from behind. When the driver came out to check what happened, he was dragged into one of the attackers’ cars,” Potezica told Tanjug news agency at the time.

Since the 2011 overthrow of Libya’s longtime autocrat Moammar Gadhafi, the sprawling North African nation has fractured into warring camps backed by a loose array of militias, former rebels and tribes.

Libya’s internationally recognized government has been forced out of the capital, Tripoli, and now operates out of the eastern cities of Tobruk and Bayda. Another government, backed by Islamist-affiliated militias known as Libya Dawn, controls Tripoli and much of western Libya. U.N.-brokered efforts to form a unity government continue to falter.

The chaos has provided fertile ground for Islamic extremist groups such as al-Qaida and the Islamic State group to flourish.