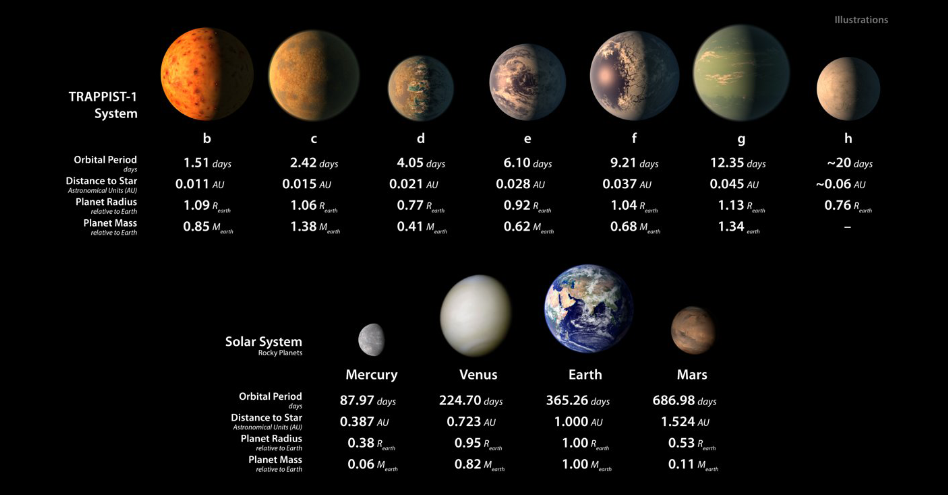 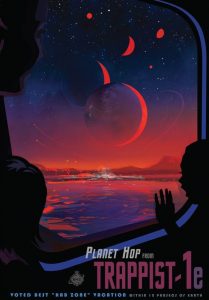 NASA has designed a Disneyland-esque travel poster to the new system.

Astronomers have confirmed that an “ultra cool dwarf” star 40 light-years away from Earth called Trappist-1, although not particularly active, has seven Earth-sized planets revolving around it. 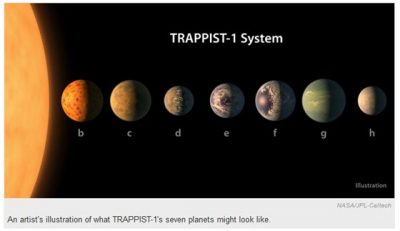 Although all seven could have liquid water on the surface, only three are considered in the “habitable zone” where life is possible.

The planets were detected using Nasa’s Spitzer Space Telescope and several ground-based observatories are described in the journal Nature.

Lead author Michaël Gillon, from Belgium’s University of Liège, said: “The planets are all close to each other and very close to the star, which is very reminiscent of the moons around Jupiter.”

“Still, the star is so small and cold that the seven planets are temperate, which means that they could have some liquid water – and maybe life, by extension – on the surface.” (source) 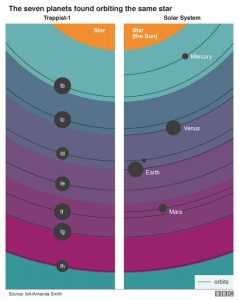 Because of its close proximity to Earth, the planets will be much easier for astronomers to study than some of the other systems out there. The next phase of research will focus on the atmospheres found on each planet as a clue toward whether or not they could be sustaining “biological activity”.

This article first appeared on TheDailySheeple.com and was authored by The Daily Sheeple