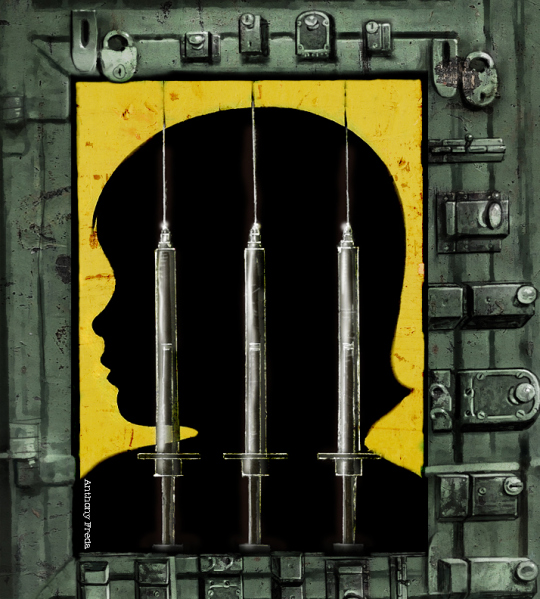 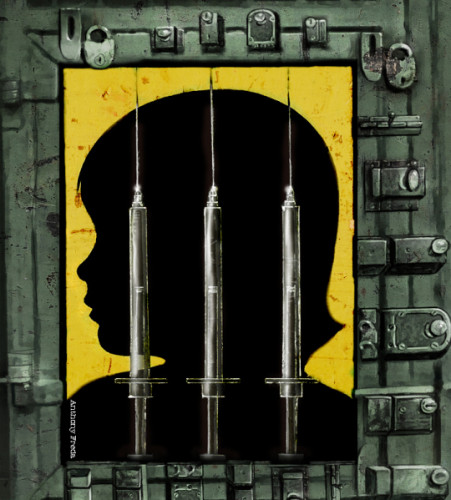 Spokane public schools in Washington state began to audit the vaccine records of students this week to identify those who are not in compliance with the recommended required vaccine schedule.

Once identified, the students will be detained along with their parents to be re-educated about vaccines, as well as to receive free jabs to get in compliance with vaccine schedules.

I wish this was satire.Presumably, parents will also be provided with the proper waivers to opt out of this medical fascism, but most of those will have to jump through more hoops like getting a ‘health care professional’ to sign the waiver.

According to the Spokesman-Review:

Kids showing up at Spokane public schools on Monday without proof that they’ve had required immunizations or a signed waiver will be pulled out of classrooms.

This is the first time Washington’s law to exclude children from school is being enforced in the region’s largest school district. So far, no other school district has announced plans to take similar steps.

If parents don’t want their child to have shots for personal, philosophical, medical or religious reasons, they have to file a waiver with the district. All but the religious exemption require the signature of a health care professional, attesting that they’ve described the benefits and risks of immunizations to the parents.

Students who don’t provide proof of immunization or a waiver will be removed from class and their parents called to the school. The district will inform the parents what steps need to be taken and about free immunization clinics being offered this week. (emphasis added)

Nothing in this world is free. Nothing. Except vaccines of course. Oh, they must care about us so much to give us free pharmaceuticals and punish us if we don’t get them.

The government cannot force people to take medication before using public schools that their taxes paid for. That’s insanely tyrannical. Why is this so difficult for people to see?

Australia is attempting to claim this same ownership of their subjects by denying them public services if they don’t comply with vaccine schedules. Forced medication is for the common good, the public’s health, they tell us.

You have no right to your own body or personal health decisions, not if you want to live in a society with the fully vaccinated who are allegedly immune anyway, they tell us.

I wonder what medical procedure will be required next for us to gain permission to participate in society?

I wonder when natural (unmedicated) humans will be banned from society altogether for the common good of the immune-compromised modified humans?