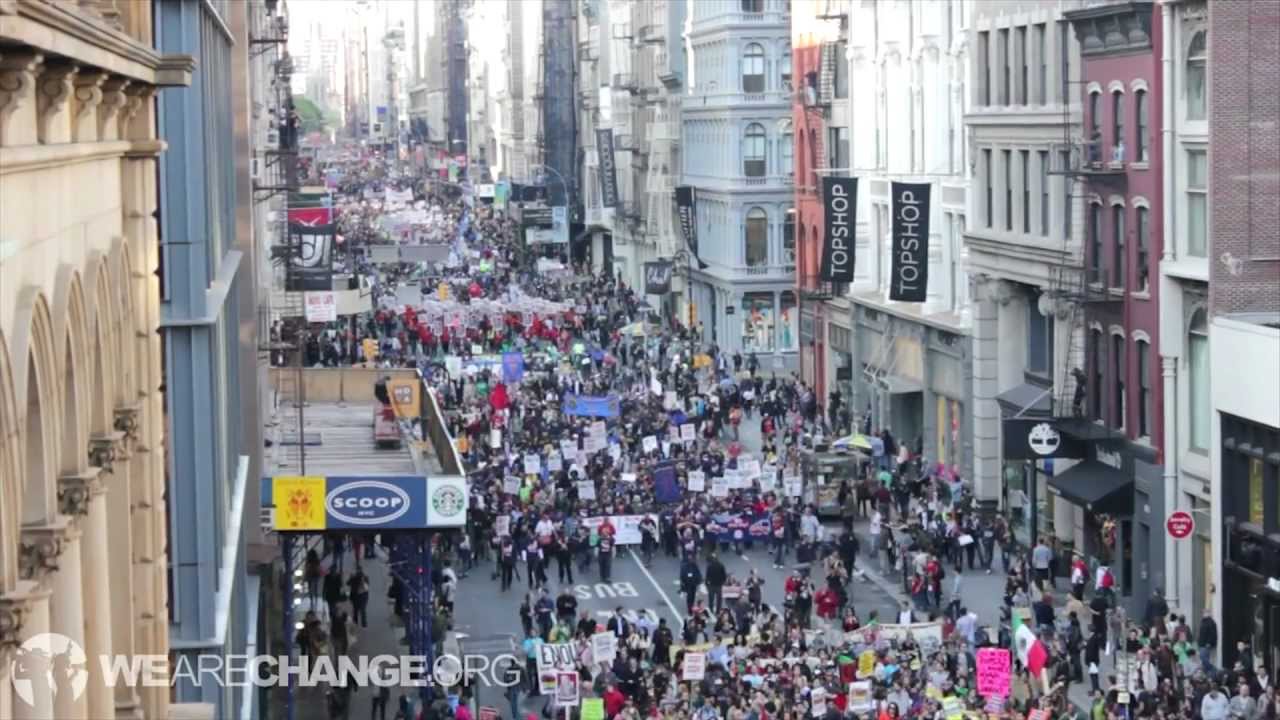 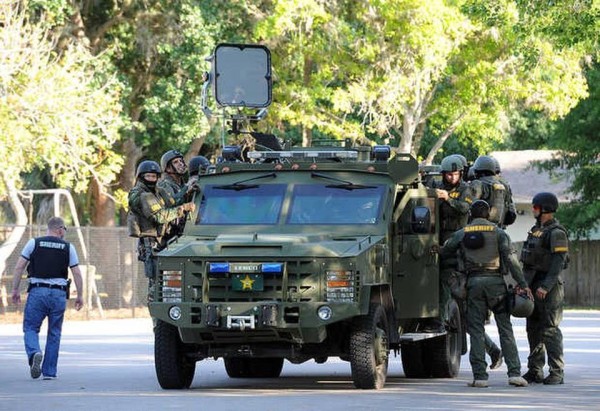 [This is a very brief story, yet it demonstrates the ridiculous hair-trigger attitude of police in the US. Could it be how they are trained? The newspaper also never discloses the sheriff responsible for this action. Below this article is a We Are Change video titled: “2012 Police State and Solutions” give it a watch.]

A Florida sheriff sent in the works — a tank filled with SWAT members, dozens of deputies, a helicopter — and found this inside a church: a sleeping man with a bag of food he had been given.

The Manatee County Sheriff’s SWAT team rolls out of the parking lot after man who was detained under the Baker Act at the Bridge Church was surrounded by deputies and SWAT for a couple of hours.

The cause for alarm: reports of a suspect, possibly armed and making threatening comments, according to bradenton.com. Turned out the man was clutching a liquor bottle filled with wine.

Why the massive response?

“When they heard that, they saw what they thought could be a weapon and they became alarmed and law enforcement got involved,” Manatee County sheriff’s spokesman Dave Bristow said.

The man found at The Bridge Church in Manatee County will not be charged criminally.