Shocking Admission By Obama As Julian Assange Agrees To Extradition 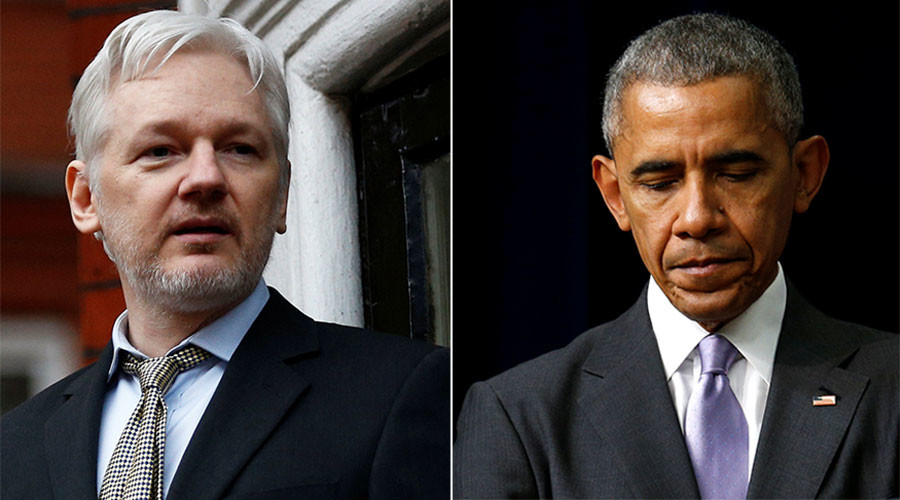 We have shocking news today as President Obama opens about the Democrats’ crushing election loss, and Julian Assange offers to be extradited to the United States if Chelsea Manning is given clemency.

During an interview with CBS News that aired Thursday, Obama blamed the biggest losses of his presidency on an inability to sway public opinion in his favor.

“Part of the job description is also shaping public opinion,” Obama said. “And there were times during my presidency where I lost the PR battle.”

This raises the question: Did Obama really lose the “PR battle,” or did he fail because we live in a time where we have this beautiful thing called the Internet that lets people fact check everything?

Thanks to the Internet, we have the opportunity to spread the word about Obama’s accomplishments, which now include dropping an average of three bombs every hour in 2016, bombing twice as many countries as George W. Bush with half of the backlash, and covertly funding the same “moderate” rebel groups that we went on to fight in public.

All the while, Obama made the American people the enemy by expanding NSA surveillance. Even Edward Snowden criticized Obama and pointed out the fact that his latest power grab is only going to give even more power to Donald Trump when he takes office on Jan. 20.

Then there’s the fact that Obama has prosecuted more whistleblowers under the Espionage Act than all previous presidents combined, and yet WikiLeaks founder Julian Assange has still promised that he will consent to being extradited to the U.S., if Obama grants clemency to Chelsea Manning.

THANK YOU, President Obama. It wasn’t the power of PR nearly as much as it was the power of the internet to open Americans’ eyes to what the president does.

What do you think about Obama’s accomplishments? Let us know in the comments.