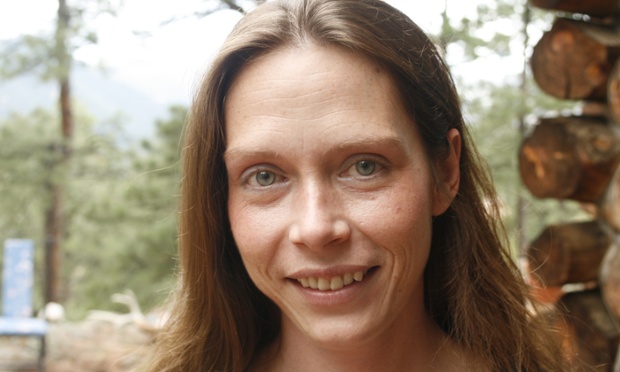 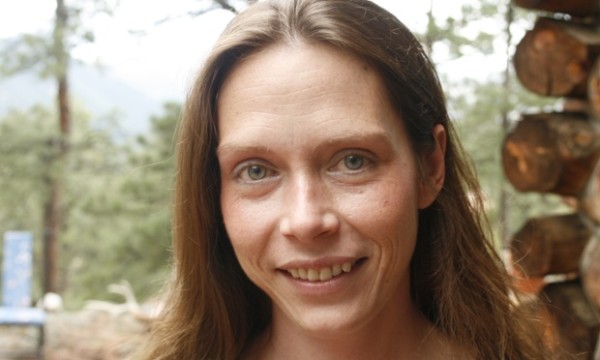 In Live Free or Die, a 2010 memoir recounting how cannabis oil saved her life, Shona Banda emphasizes the importance of “self-taught knowledge,” acquired by constantly asking questions and “looking at all of the angles of any information given.” Her son may have learned that lesson too well. Had he been less inquisitive, less prone to question authority, he might still be living with his mother, and she might not be facing criminal charges that could send her to prison for decades.

RELATED ARTICLES
Obama Administration Eliminates Gratuitous Barrier to Medical Marijuana Research
Jacob Sullum|6.22.15
After Losing Custody of Her Son, Medical Marijuana Advocate Could Lose Her Freedom
Jacob Sullum|6.19.15
Canada’s Supreme Court Outrages Bureaucrat by Letting Patients Have Their Cannabis and Eat It Too
Jacob Sullum|6.12.15
MORE ARTICLES BY Jacob Sullum
The Clintons’ Disdain for the Second Amendment
6.17.15 8:00 am
Marijuana Federalism Beats Prohibitionist Meddling
6.15.15 12:01 am
San Francisco’s Dangerously Intrusive Gun Storage Rule
6.10.15 12:01 am
Medical Marijuana
Drug War
Criminal Justice
Kansas
Banda, a 38-year-old massage therapist who appeared in criminal court for the first time last week, is free on a $50,000 bond while her case is pending. She was able to pay a bail bondsman the $5,000 fee necessary to stay out of jail thanks to donations from supporters across the country who were outraged by her situation. The case has drawn international attention partly because it features draconian penalties and a mother’s forcible separation from her 11-year-old son but also because of the way it started.

During a “drug education” program at his school in Garden City, Kansas, on March 24, Banda’s son heard some things about marijuana that did not jibe with what he had learned about the plant from his mother. So he spoke up, suggesting that cannabis was less dangerous and more beneficial than the counselors running the program were claiming. That outburst of skepticism precipitated a visit to the principal’s office, where the fifth-grader was interrogated about his mother’s cannabis consumption. School officials called Child Protective Services (CPS), which contacted police, who obtained a warrant to search Banda’s house based on what her son had said.

As translated by the Garden City Police Department, Banda’s son “reported to school officials that his mother and other adults in his residence were avid drug users and that there was a lot of drug use occurring in his residence.” From Banda’s perspective, what her son had observed was her consumption of a medicine that had “fixed” her Crohn’s disease, alleviated her pain, and restored her energy. “I had an autoimmune disease,” she says in a 2010 YouTube video during which she displays the scars left by multiple surgeries aimed at relieving her crippling gastrointestinal symptoms. “With Crohn’s disease, it’s like having a stomach flu that won’t go away.” But after she started swallowing capsules containing homemade cannabis oil, she says, her life was transformed. “I’m working for the first time in four years,” she says. “I’m hiking. I’m swimming. I’m able to play with my kids [two sons, one of whom is now 18]….Anything beats raising your kids from a couch and lying there in pain all day.” Banda’s personal experience aside, there is scientific evidence that cannabis is an effective treatment for the symptoms of Crohn’s disease.

As far as the police were concerned, none of that was relevant, since Kansas is not one of the 23 states that allow medical use of cannabis. In the cops’ view, what they found at Banda’s house—”approximately 1 ¼ pounds of suspected marijuana”—was contraband, not medicine. And when CPS caseworkers took Banda’s son away from her, they were protecting him, not kidnapping him. “The most important thing here is the child’s well-being,” Capt. Randy Ralston told the Associated Press. “That is why it is a priority for us, just because of the danger to the child.”

The precise nature of that danger remains mysterious. Ralston says “the items taken from the residence”—the marijuana, plus “a lab for manufacturing cannabis oil on the kitchen table and kitchen counters, drug paraphernalia and other items related to the packaging and ingestion of marijuana”—were “within easy reach of the child.” But police came to Banda’s house in the middle of the afternoon, so that detail is less alarming than it sounds. “She was producing oil during the day, while her son was in school,” says Sarah Swain, Banda’s criminal defense attorney.

So far Banda has been unsuccessful at regaining custody of her son, who is living for the time being with her husband, from whom she is separated. “He is in state custody and has been since the beginning of the case,” Swain says. “He is placed [temporarily] with the father.” A family court judge ultimately will decide whether it is in the boy’s best interest to be reunited with his mother.

But as Swain notes, that process will be “moot” if “Shona goes to prison.” The charges against her, which Finney County Attorney Susan Richmeier announced on June 5, include two misdemeanors—endangering a child and possession of drug paraphernalia—and three felonies: unlawful manufacture of a controlled substance, possession of equipment used to manufacture a controlled substance, and distribution or possession with intent to distribute a controlled substance within 1,000 feet of school property. The distribution charge, a “drug severity level 1 felony,” carries the longest maximum sentence: 17 years. Swain says Kansas law allows sentences for different offenses to be imposed consecutively as long as the total term does not exceed twice the longest maximum, which means Banda could be sent to prison for as long as 34 years. Richmeier, apparently based on the assumption that any sentences would be served concurrently, says the maximum term Banda faces is 17 years.

It seems unlikely that Banda, who has no criminal record, would receive a sentence as long as 34 or even 17 years. But a substantial prison sentence is a real possibility given the charges she faces. “When your cure is illegal,” says a caption at the beginning of Banda’s 2010 video, “you are forced to make the choice to live free or die.” If Richmeier has her way, living free will no longer be an option for Banda.

One way to keep Banda out of prison may be to challenge the actions that police took before obtaining a warrant to search her house. Banda initially turned away the officers and CPS employees who came to her house, ostensibly to “investigate the safety of the residence for the child.” Capt. Ralston describes what happened next:

That “securing” of the residence, University of Kansas law professor Richard Levy told The Wichita Eagle, may have amounted to an unconstitutional seizure, which casts doubt on the validity of the subsequent search. And without the evidence obtained in the search, the case against Banda crumbles.

Even if the search is upheld, Banda may be able to avoid conviction on the distribution charge, which seems to be based on the amount of cannabis found in her home, as opposed to evidence that she was selling pot. The quantity of cannabis that Banda had may seem like a lot for a recreational user, but it isn’t for a daily medical user who consumes marijuana in the form of extracts. “I know of no evidence that Shona Banda was ever distributing marijuana,” Swain says, noting that the difference between possession and possession with intent to distribute could be the difference between a year’s probation and years in prison. Banda’s potential sentence also is enhanced because she happens to live within 1,000 feet of school property (assuming prosecutors measured correctly), not because there is any reason to believe she was selling pot to kids. Swain says that enhancement may be subject to challenge, depending on the nature and location of the property prosecutors have in mind.

It seems indisputable, however, that Banda engaged in the unlawful manufacture of a controlled substance as Kansas defines it. For someone with no criminal record, that charge alone carries a presumptive sentence of 98 months—more than eight years.

How does Richmeier justify threatening Banda with such harsh penalties? The same way a Texas prosecutor last year justified threatening a teenager with 20 years in prison after he was caught with a pound and a half of hash brownies and cookies: We don’t make the law; we just enforce it. “The Finney County Attorney’s office is responsible for upholding the law in the State of Kansas and holding violators of those laws responsible,” Richmeier says in a statement she sent reporters last week. “Currently, the laws in the State of Kansas do not allow for marijuana use, possession, [or] possession of paraphernalia nor do they allow the production of oils or other by-products of the cannabis plant, regardless of a person’s medical status.”

Richmeier, who says her office will refrain from discussing the details of Banda’s case to avoid “prejudicing an adjudicative proceeding,” adds:

Once a violation of law has occurred, our office does not pick and choose the persons we prosecute. Cases with legitimate, well-investigated violations are filed. Once a complaint is filed, we depend on the veracity of our legal system to ensure the appropriate punishment occurs.

That defense, which presumably is Richmeier’s response to the public uproar caused by her prosecution of Banda, is not quite accurate. After all, Banda was breaking the law every day she made and took her medicine. She wrote a book about it, produced YouTube videos about it, and began work on a documentary about her experience with the “amazing” and “miraculous” plant that she credits with saving her from disabling pain and premature death. “Knowledge is power,” Banda says in her 2010 video. “When you decide to take your life in your own hands, and realize that you can do this with a $50 machine and a $5 spatula, a plant that you can grow for free in your own backyard, you can do this, and it’s awesome.” Banda’s “violation of the law” was hardly a secret, but it was not until her son questioned anti-pot propaganda at school that police decided to investigate and Richmeier decided to file charges.

“Shona has always been open about her use of cannabis oil,” Swain notes. “This is not someone who has chosen to live in the shadows for fear of criminal prosecution….Shona told me that when she moved to Garden City, she took a copy of her book to the sheriff’s department and said, ‘This is who I am.'”

So why the sudden interest in treating Banda like a criminal? “It goes to the completely arbitrary nature of the enforcement of drug laws,” Swain says. “To me, this is just a glaring example of how ridiculous the war on drugs in this country has become.”

This article originally appeared at Forbes.com.