Since the Gaza ceasefire, Hamas has not fired a single rocket. What has Israel done? 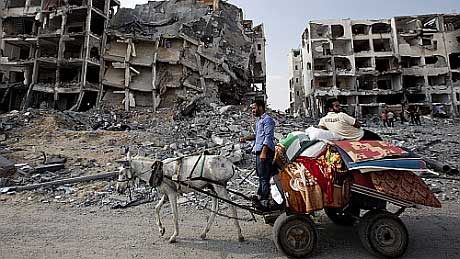 On 26 August a ceasefire between Israel and Hamas was agreed, bringing a fragile end to a war that killed 2150 Palestinians (mostly civilians) and 73 Israelis (mostly soldiers). Since then Hamas has not fired a single rocket, attacked an Israeli target, or done anything to break the terms of the ceasefire. Israel has done the following: