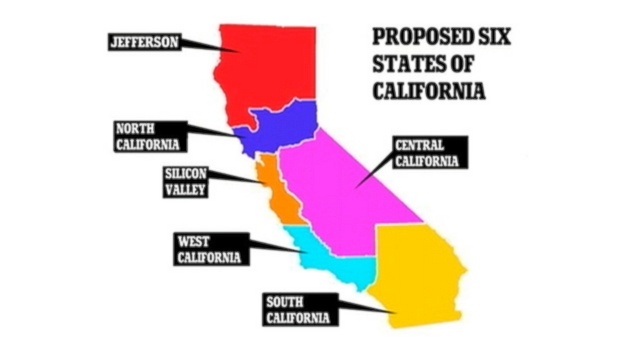 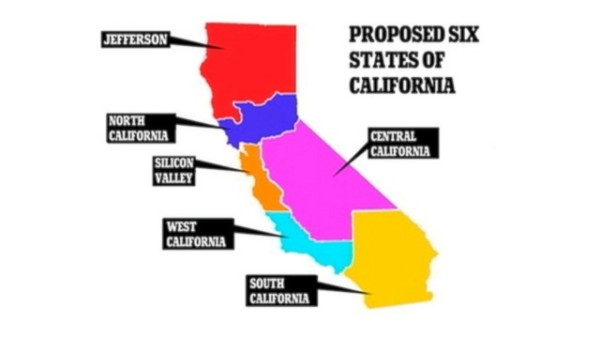 A Twitter account belonging to the nonprofit Six Californias tweeted on Monday that “#SixCalifornias will be submitting signatures in Sacramento tomorrow for placement on the November 2016 ballot. Stay tuned for coverage!”

Draper is a founding member of the venture capital firm Draper Fisher Jurvetson, known for its investments in successful growth ventures such as Hotmail, Baidu, Tesla Motors and Skype. Recently, Draper won the federal government’s auction of bitcoins once owned by online drugs portal Silk Road. He’s championed the political break-up of the state for over a year, but it’s taken until recently for the plan to gain some momentum.
A movement to split California into six states gained enough traction to land on the 2016 ballot. Other states have also tried, unsuccessfully, to split up. Find out which ones on USA NOW.

Draper and other supporters of the break-up argue that the state’s 38 million people would be better served by smaller governments and elected officials who would be able to work more closely with their constituents.

“If we have six Californias and we in effect dissolve the one we’ve got, those six allow us a new start,” Draper says in a video posted on the Six Californias website. Each state, which would have its own capital and legislature, would be able to write its own constitution.

The six carved out states would look like this:

Jefferson: The northern part of the state, including Humboldt and Mendocino counties.
North California: The wine country counties of Sonoma and Napa, as well as the Sierra Nevada region.
Silicon Valley: Including San Francisco, San Jose and most of what’s considered the San Francisco Bay Area.
Central California: The vast central valley farm region, including Tulare and Fresno counties.
West California: Including Santa Barbara and Los Angeles.
South California: Including what’s called the Inland Empire of San Bernadino and Riverside, plus San Diego.
The plan has met with resistance from California’s Democratic majority, and a Field Poll found 59% of Californians surveyed were against the plan, according to the San Francisco Chronicle.