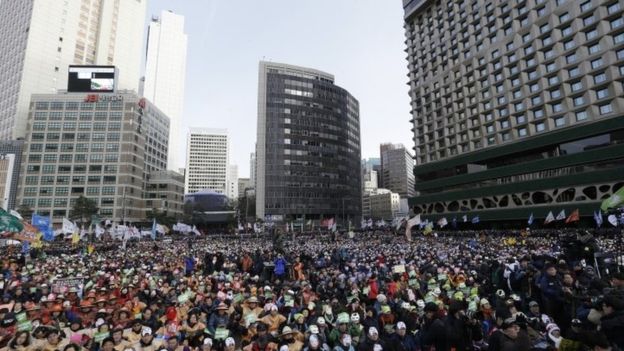 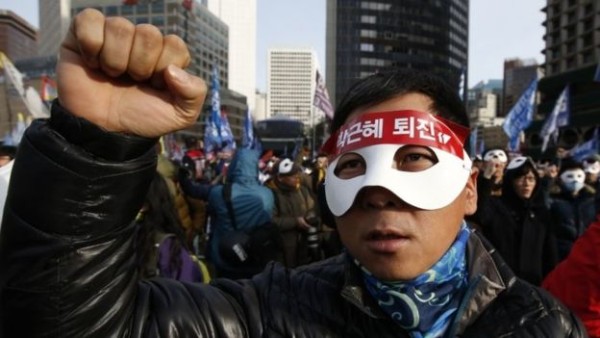 Tens of thousands of protesters in South Korea have held a mass rally against a raft of government policies that they say weaken democracy.
The protest was big, rowdy and attended by a wide cross section of people but there was no repeat of violence which marred a similar rally last month.
About 18,000 police were deployed in the capital, Seoul.
Protesters oppose plans including changes to labour laws and greater controls over history textbooks. 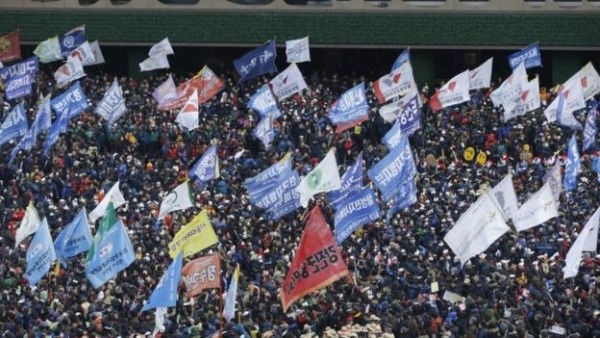 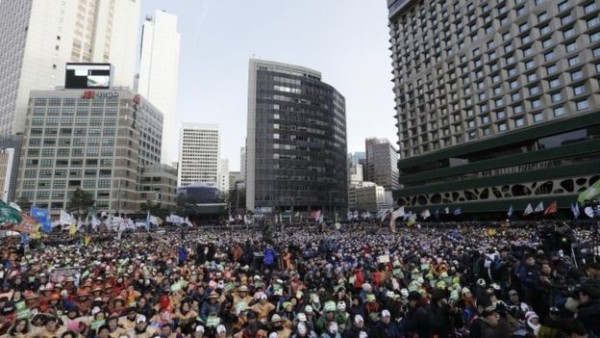