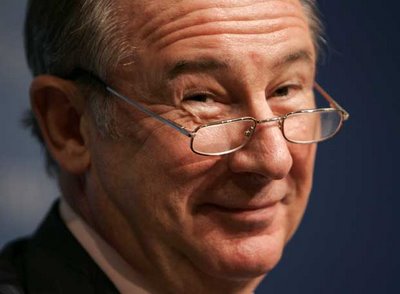 Former head of the International Monetary Fund (IMF) Rodrigo Rato has been released by Spanish police after being arrested over a tax and money laundering inquiry into his personal wealth.

Rato, who previously served as Spain’s deputy prime minister and minister of economy and finance, was held for seven hours while his home and office were searched on Thursday.

Investigators are looking into the alleged widespread misuse of company credit cards for personal expenses during Rato’s tenure as chairman of Spanish banking conglomerate Bankia, which was rescued by a government bail out in 2012.

Rato is one of several former managers accused of fraud as courts separately decide whether Bankia’s 2011 stock market flotation was flawed. He denies wrongdoing in both cases.

Rato was long a leading light of Prime Minister Mariano Rajoy’s centre-right Popular Party (PP) before being implicated in two other judicial cases.

He is the highest-profile target yet in a series of legal probes against top Spanish bankers and politicians and his arrest comes as a fresh blow to the country’s already discredited political class.