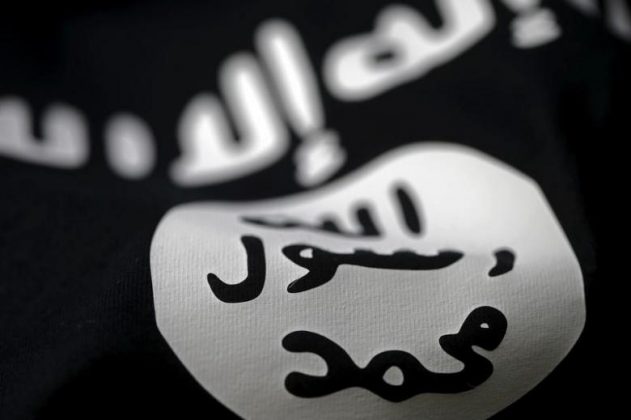 A senior US military official has said that at least 50,000 militants from the Islamic State (IS) have been killed since the US-led coalition started fighting in Iraq and Syria two years ago.

The US has, however, repeatedly warned that the terror group can replace fighters quite rapidly.

According to the BBC, “The official on Thursday said that coalition air strikes could be intensified in places like Mosul, which Iraqi troops are now battling to recapture, but that had to be offset against the risk of civilian casualties.”

Whilst the US has been reluctant to provide the exact figures on enemy casualties, Lt Gen Sean MacFarland was quoted by the AP news agency in August as saying that about 45,000 enemy combatants had been killed.

IS has lost a lot of ground since it reached the high tide of its expansion in 2014, and is now under fire from Russian, Turkish, Iraqi, Syrian and Kurdish forces, as well as US and British air power.

It is now entrenched in Mosul and Raqqa and the Sunni Arab tribal heartland of the Euphrates river valley, which stretches from eastern Syria to western Iraq.

While the Islamic State may be running out of steam in the Middle East, they’re certainly not in Western countries.

“As I speak, the highly organised external attack planning structures within Daesh (IS), even as they face military threat, are plotting ways to project violence against the UK and our allies without ever having to leave Syria,” Younger said at MI6’s headquarters in central London on Thursday.

Overseas Islamic State fighters in Syria and Iraq are training and equipping terrorist cells in Europe, the UK, the US and Australia through covert use of online chatboards and messaging applications – especially the encrypted one-to-one messaging service ‘Telegram’. These fighters recruit ‘moderate’ Muslims through online propaganda – especially on social media – and then ‘radicalise’ them by introducing them to the teachings of violent jihad.

In the new PDF issue distributed widely via social media and Google Drive, an article on terror tactics assures would-be jihadists that “one need not be a military expert or a martial arts master, or even own a gun or rifle in order to carry out a massacre or to kill and injure several disbelievers and terrorize an entire nation.”

A footnote in the article states that ISIS won’t be using the term “lone wolf,” but “just terror operations” — “just” as an adjective for “justice.” Al-Qaeda calls lone operations “open-source jihad.”

Hinting that the article is one in a forthcoming series about terror tactics, ISIS focused on the benefits of knives to help potential terrorists with the “ocean of thoughts” that “might pour into one’s mind” when considering an attack.

“Many people are often squeamish of the thought of plunging a sharp object into another person’s flesh. It is a discomfort caused by the untamed, inherent dislike for pain and death, especially after ‘modernization’ distanced males from partaking in the slaughtering of livestock for food and the striking of the enemy in war,” the unbylined article states. “However, any such squirms and discomforts are never an excuse for abandoning jihad.”

ISIS suggested a “campaign of knife attacks” in which the attacker “could dispose of his weapon after each use, finding no difficulty in acquiring another one.”

Knife-wielding terrorists are advised to target smaller crowds or someone walking home from a night out or working the night shift, “or someone walking alone in a public park or rural forested area, or someone by himself in an alley close to a night club or another place of debauchery, or even someone out for a walk in a quiet neighborhood. One should consider canals, riversides, and beaches.” They further advise jihadists to carry an object like a baseball bat to inflict blunt-force trauma on victims before stabbing.

In gory detail, jihadists are encouraged to go for major organs, arteries or the neck, but not the skull as their knife blade may break. “It is advised to not necessarily attempt to fully detach the head, as the absence of technique can cause a person to spend a long time attempting to do so, that is, unless the individual’s circumstances and capabilities allow for such.”

“Lest the operation be mistaken for one of the many random acts of violence that plague the West, it is essential to leave some kind of evidence or insignia identifying the motive and allegiance to the Khalifah, even if it is something as simple as a note pinned or attached to the victim’s body,” the terror guide adds.

Jihadists are told to plan their attacks in such a way that they “attain a reasonable kill count,” and to bear in mind “the more gruesome the attack, the closer one comes to achieving the desired objective” of inflicting terror.

The magazine also acknowledged the stabbing of 10 people at a Minnesota mall September this year “in response to the calls to target the citizens of the nations involved in the Crusader coalition.”

After the Ohio State attack in which several staff and students were stabbed by a fellow student but no one suffered life-threatening wounds, the Islamic State has gone back to the drawing board in their instructions for lone jihadists on how to go on stabbing sprees — with a picture tutorial this time.

ISIS claimed the Ohio State attack through its news agency, Amaq, about a day after Abdul Razak Ali Artan rammed his car into a group of people who had left a building because of a fire alarm on Nov. 28. Eleven were wounded in the car attack or were stabbed by Artan after he got out of the car. An officer who was near the scene because of the fire alarm short Artan dead.

ISIS wrote about Artan, a Somali refugee who had graduated from a local community college and was in his first year at Ohio State, days later in their weekly newspaper, al-Naba, but notably betrayed some disappointment as within the article they emphasized Orlando shooter Omar Mateen was a good example for lone jihadists in terms of body count.

In today’s new issue of Rumiyah magazine — which was published in English in addition to Russian, German, Croatian, Pashto, Urdu and Indonesian — ISIS again refers to Artan as “our brother” and includes his attack in their roundup of global terror operations over the past month.

“The attack was carried out in response to the Islamic State’s call to target the citizens of the nations involved in the Crusader coalition,” the article states, before printing Artan’s full Facebook message.

“My brothers and sisters, I am sick and tired of seeing my fellow Muslim brothers and sisters being killed and tortured everywhere. Seeing my fellow Muslims being tortured, raped, and killed in Burma led to a boiling point. I can’t take it anymore,” the message said. “America, stop interfering with the Muslim Ummah. We are not weak. We are not weak, remember that. If you want us Muslims to stop carrying out ‘lone wolf’ attacks, then make peace with the Islamic State. Make a pact or a treaty with them where you promise to leave them alone, you and your fellow apostate allies.”

“By Allah, we will not let you sleep unless you give peace to the Muslims. I am warning you, O America!” he added, encouraging fellow Muslims to ignore “celebrity scholars” and “listen instead to our hero Imam Anwar al-‘Awlaki,” the New Mexico-born al-Qaeda recruiter killed five year ago in a U.S. drone strike. “Let me ask you this question: If Muhammad, peace and blessings be upon him, and his Sahabah were here today, wouldn’t the western media call them ‘terrorists’?”

“To conclude: By Allah, I am willing to kill a billion infidels in retribution for a single Muslim or Muslimah.”

The Ohio State student waged his attack after the October issue of ISIS’ Rumiyah instructed to lone jihadists to launch random knife attacks, with a warning to pick a suitable blade for the job. The article included graphic detail, but no how-to images.

The November issue moved on to a different type of lone attack tutorial — or “just terror” attacks, as ISIS calls them — encouraging that jihadists use a heavy vehicle such as a U-Haul to plow into a crowd.

After Artan’s attack, though, ISIS apparently felt it needed to double back to the knife tutorial with simpler, illustrated instructions.

In a full-page graphic in the new Rumiyah issue, ISIS reminds lone jihadists to aim for the neck, chest or stomach and to pick a suitable blade. To illustrate which knives not to choose, ISIS shows a butcher block of kitchen knives and a folding blade. They show “the ideal knife” as having a fixed blade, hand guard, and strong handle, as well as being of “suitable length.”

A new EU report has also warned that more than 1,500 jihadists fighting with ISIS in Syria and Iraq have returned to Europe with orders to “carry out attacks.”

An estimated 5,000 European ISIS fanatics went to Syria and Iraq and 15 to 20 per cent of them died on the battlefield.

Approximately 30 to 35 per cent have returned with “specific missions”, while the other half remained in the battle theatre – which amounted to between 2,000 and 2,500 Europeans.

This means as many as 1,750 may have returned, based on the percentages listed in the report which EU counter-terrorism coordinator Gilles de Kerchove will present to EU interior ministers on Friday.

The report said there were two types of ‘foreign terrorist fighters’ returning.

It warned: “It is important to share information on returnees who are already back in Europe, those that are in transit and … (those) still in the conflict zone.”

“There are largely two categories of returnees: those in the majority who will drift back and those who will be sent back on specific missions, which are of most concern.”

The report also recalled that foreign fighters who have returned to Europe have staged both foiled and successful acts of terrorism, including the slaughter in Paris in November last year and this year’s bombings in Brussels in March. Both attacks were claimed by ISIS.

“There is also a significant foreign terrorist fighter contingent with Daesh in Libya which might attempt to use their nationality or family connections to return to Europe,” the report said.

As I have just detailed in this special report, the militant agenda of IS is abundantly clear. Since suffering heavy losses in the Middle East, they’ve decided to change plans and focus efforts on instigating more acts of terror in the West. Sadly, it is only a matter of time before the next Bastilles Day style terror attack happens. 2017 is certainly looking like it’ll be an uncertain year filled with increased terrorism.