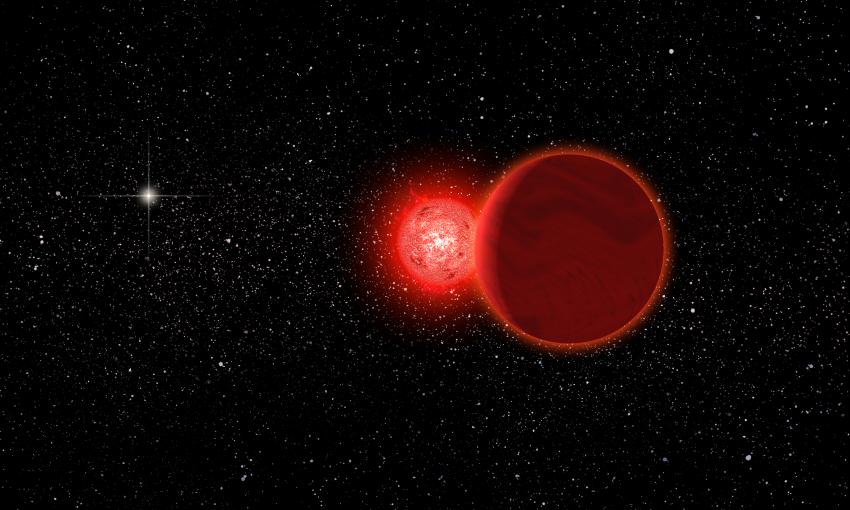 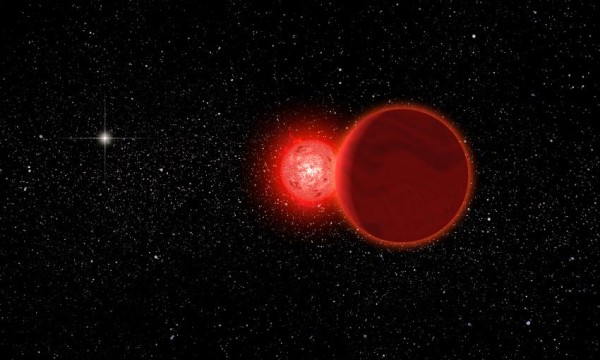 This is an artist’s conception of Scholz’s star and its brown dwarf companion (foreground) during its flyby of the solar system 70,000 years ago. The Sun (left, background) would have appeared as a brilliant star. The pair is now about 20 light years away. Credit: Michael Osadciw/University of Rochester

A group of astronomers from the US, Europe, Chile and South Africa have determined that 70,000 years ago a recently discovered dim star is likely to have passed through the solar system’s distant cloud of comets, the Oort Cloud. No other star is known to have ever approached our solar system this close – five times closer than the current closest star, Proxima Centauri.

In a paper published in Astrophysical Journal Letters, lead author Eric Mamajek from the University of Rochester and his collaborators analyzed the velocity and trajectory of a low-mass star system nicknamed “Scholz’s star.”

The star’s trajectory suggests that 70,000 years ago it passed roughly 52,000 astronomical units away (or about 0.8 light years, which equals 8 trillion kilometers, or 5 trillion miles). This is astronomically close; our closest neighbor star Proxima Centauri is 4.2 light years distant. In fact, the astronomers explain in the paper that they are 98% certain that it went through what is known as the “outer Oort Cloud” – a region at the edge of the solar system filled with trillions of comets a mile or more across that are thought to give rise to long-term comets orbiting the Sun after their orbits are perturbed.