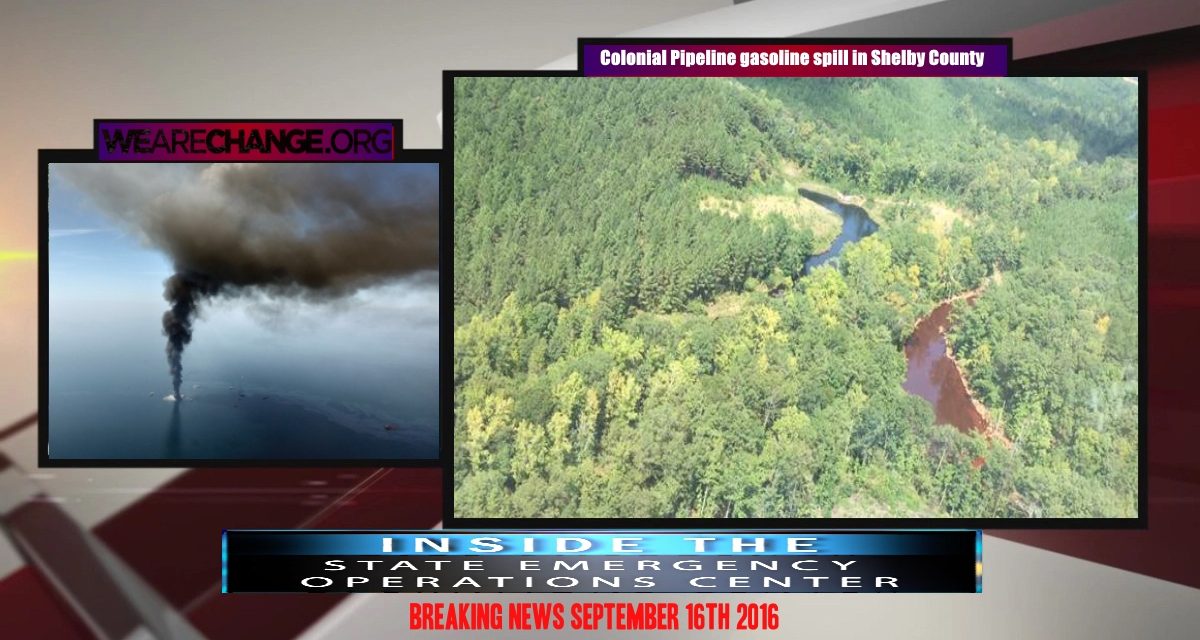 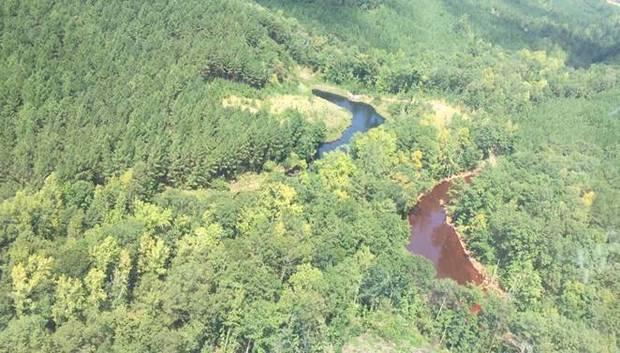 Aerial photo of two of the three mine water retention ponds at the site of a pipeline leak that spilled an estimated 250,000 gallons of gasoline in Shelby County, Ala. The retention pond on the right is where the gasoline has been contained. (Courtesy Colonial Pipeline)

The governors of Georgia and Alabama have declared a State of Emergency amid fears of fuel shortages caused by a breach in a major pipeline that spilled a quarter million gallons of refined gasoline in Shelby County, Alabama.

The pipeline operator, Colonial Pipeline, predicted that Alabama and other southeastern states would be the first to feel the impact of the pipeline’s shut down. The pipeline runs from Houston, Texas, to New York and is the main gasoline artery linking Houston refineries to the rest of the Eastern Seaboard.

“Based on current projections and consultations with industry partners, parts of Georgia, Alabama, Tennessee, North Carolina and South Carolina will be the first markets to be impacted by any potential disruption in supply.”

“Colonial has briefed officials in these states and will continue to provide timely information to the public so that they can plan accordingly.” 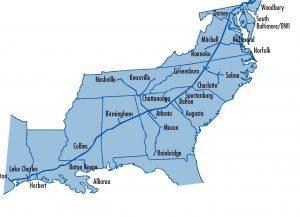 
The Executive Orders will allow fuel delivery truck drivers in each state to work longer shifts and exceed maximum hour limits established by the U.S. Department of Transportation in order to prevent gasoline outages.

The orders apply only to trucks that are transporting fuel to areas served by the pipeline.

In addition, some suppliers have begun shipping refined gasoline by water to New York from Houston while the pipeline is shut down.

The pipeline has been shut down since Friday and normally transports 1.3 million barrels per day of refined gasoline and other petroleum products from refineries in Houston to the south and eastern seaboard. The pipeline terminates at New York Harbor.

Colonial Pipeline spokesman Bill Berry said the pipeline delivered the products to tank farms like the one in Pelham, which sometimes have shorter “stublines” to pump gas to third party distributors.

Berry said he could not disclose how much refined gasoline from the pipeline normally went to Alabama service stations because it was proprietary information.

Colonial operates a second pipeline, Line 2, parallel to the damaged line that typically carries jet fuel, diesel or other non-gasoline products like home heating oil. According to Colonial’s response information site, Line 2 is now transporting gasoline from Houston as far as western Alabama to alleviate supply concerns there.

U.S. EPA personnel at the site of the spill in Shelby County say local residents are not in danger, and the spilled gasoline appears to be contained at the site and unlikely to enter the nearby Cahaba River, which is home to a number of endangered species and other sensitive wildlife.

Bentley concluded his executive order by reminding all Alabama residents “it is unlawful for any person within the State of Alabama to impose unconscionable prices for the sale of any commodity during the period of a declared State of Emergency.”

Colonial’s Houston-New York pipeline transports about 1.3 million barrels of gasoline per day. Federal Environmental Protection Agency officials said they believe the gasoline spill is contained at the spill site. They did not expect it to reach the environmentally sensitive Cahaba River, which is home to a number of endangered species.