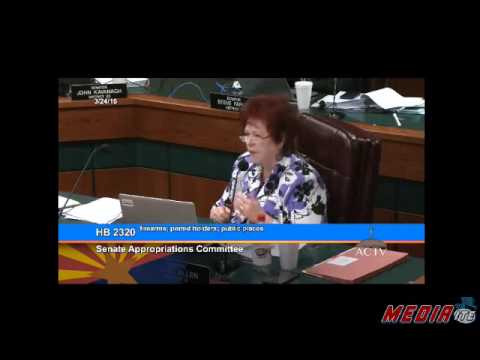 An Arizona state senator said during a recent debate on gun legislation that America is facing “moral erosion” and the only thing that could really fix it is if church attendance was made mandatory.

Sylvia Allen was talking about a bill to allow people with concealed carry permits to bring their weapons into public places where such weapons would otherwise be banned (i.e. schools). She used the opportunity to go off on how “we are slowly eroding religion at every opportunity that we have.”

“Probably we should be debating a bill,” Allen continued, “requiring every American to attend a church of their choice on Sunday to see if we can get back to having a moral rebirth.”