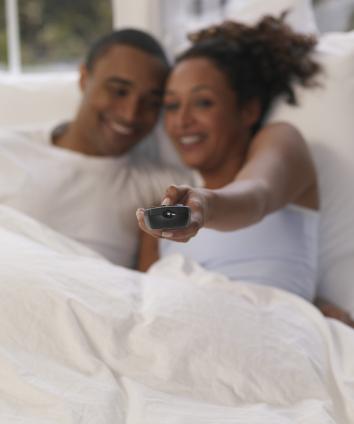 Samsung’s SmartTV recently came under fire when an item in its privacy policy—in place since at least October 2014—bubbled up in media reports. In the policy, Samsung warns users to “please be aware that if your spoken words include personal or other sensitive information, that information will be among the data captured and transmitted to a third party through your use of Voice Recognition.” The type of conversation your television could pick up, of course, includes all sorts of sensitive topics—though the possibility of audio footage of consenting adults with a SmartTV in their bedroom is perhaps the most disconcerting.

Samsung has tried to allay fears by pointing out that users can deactivate voice recognition on their SmartTVs, or even disconnect the television from the Wi-Fi network. Furthermore, it said in a statement that consumers’ personal information is protected using data encryption and other security safeguards. However, smart TVs—Samsung’s and others’—don’t exactly have a good security track record. As we’ve previously reported, hackers have found ways to access built-in mics and cameras, and even stolen account credentials. Even children have found flaws and bugs in smart TVs. (Samsung styles its television’s name “SmartTV’; here, I’m referring to all televisions that are connected to the Internet as “smart TVs.”)

Most smart TVs’ core operating systems are based on the open-source software Linux. According to Linux’s license, companies are supposed to provide customers with a copy of the source code and the ability to install a modified version. But many smart TVs have violated that license.

To make matters worse, high-level users who want to take their smart TVs apart to see how they work or to attempt to disable or modify the underlying software—for example, to disable the eavesdropping software, or make modifications to make captions easier to read for the visually impaired—could face felony charges under the Digital Millennium Copyright Act. That’s because most smart TVs on the market have taken technological measures to prevent users from accessing or modifying firmware in order to prevent illegal copying and distribution of copyrighted material. But users could technically face felony charges for circumventing lockdown restrictions—even if the modifications they’re trying to make are legal under copyright law.