Syria says US informed it about strikes on ISIL 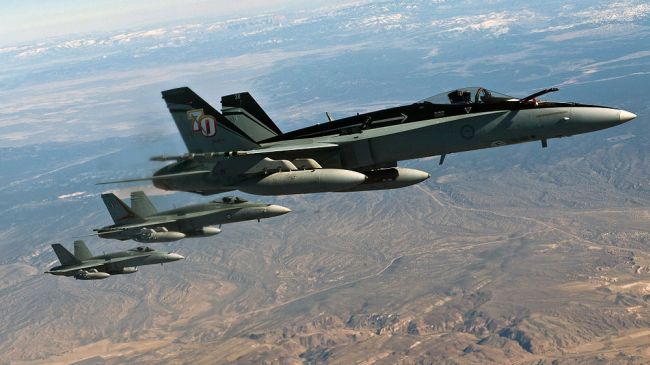 Syria says the US had informed Damascus before carrying out airstrikes against the Takfiri ISIL militants’ positions inside the Arab country.

According to Syrian state media, the Foreign Ministry said in a statement released early on Tuesday that Washington informed Syria’s permanent envoy to the United Nations that strikes would be launched against the ISIL terrorists in the province of Raqqa.

On Monday night, Pentagon spokesman Rear Admiral John Kirby said in a statement that US army and “partner nation forces are undertaking military action against ISIL terrorists in Syria using a mix of fighter, bomber and Tomahawk Land Attack Missiles.”

He added that the head of US Central Command, General Lloyd Austin, decided to launch airstrikes inside Syria “under authorization granted [to] him by the commander-in-chief (President Barack Obama).”

Syrian Foreign Minister Walid Muallem in late August had warned Washington against carrying out airstrikes on the Takfiri ISIL terrorists in Syria without Damascus’ consent.

Expressing Syria’s readiness to cooperate with the international community to confront terrorism, he underlined that any such attacks without the approval of the Syrian government would be considered as a violation of his country’s sovereignty and an act of aggression.

The ISIL terrorists, some of whom have been trained by the US in Jordan and Turkey to destabilize the Syrian government, control Raqqa and sections of Aleppo in the north and Hasakeh in the northeast as well as most of Deir Ezzor in the east.

The terror group sent back its militants into Iraq in June, quickly seizing vast expanse of land straddling the border between the two countries.

The ISIL terrorists are notorious for carrying out horrific acts of violence, including public decapitations and crucifixions.