Syrian Fighters To Be Resettled in The USA 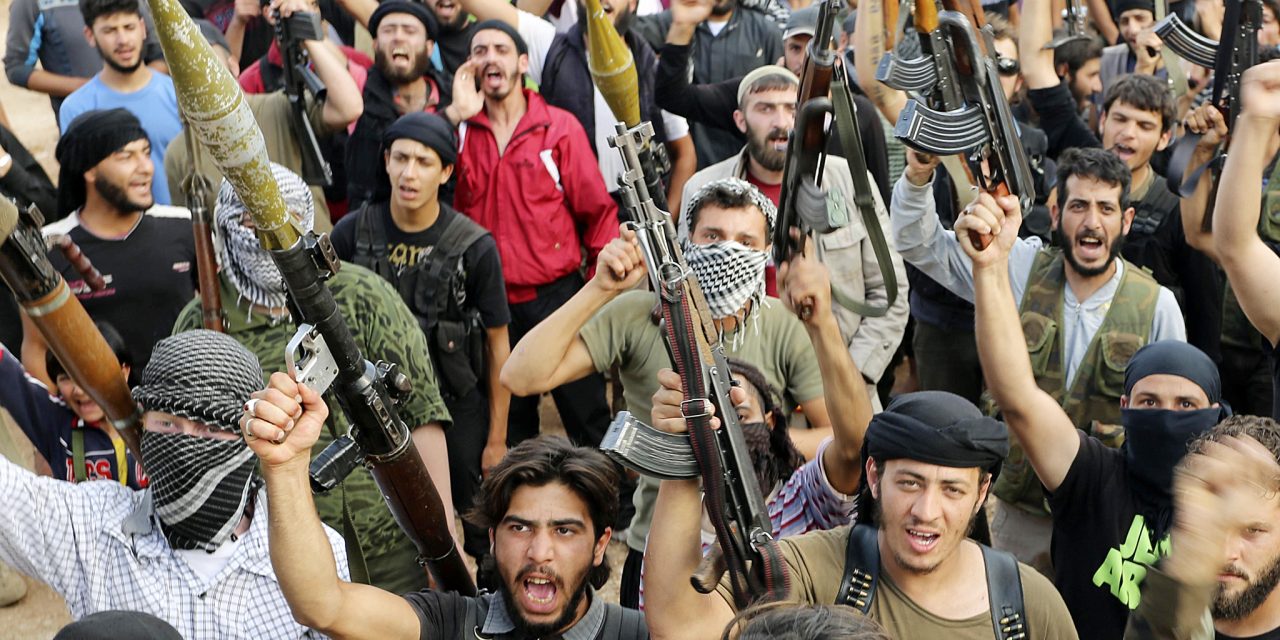 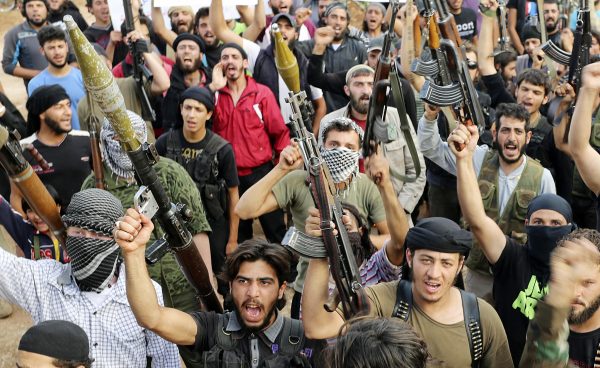 Soon there could be an influx of Syrian refugee families settled in America.  They would be typically settled in a small city, let’s say like Flint, Michigan.  The city authorities would receive help and a few special federal programs to assist in supplying the needs of these newcomers to USA.  They would be given a house or an apartment, which would be subsidized under a county housing program which in turn is paid from federal money.  They would be given free medical coverage under an existing county or state medical program, and they could visit the local medical centers free of charge.  The county medical bills would be sent to a federal source for payment.

These new Syrian refugees are not your typical group, who we have seen on TV, walking through Europe in summer 2015.  These newcomers to America are not from the refugee camps in Turkey, Lebanon and Jordan which the media has followed for years.

This is a special group with direct ties to the federal government of America.  These are the fighters of the Free Syrian Army and their wives and children.  To the Americans welcoming them into their communities, they would appear to be Syrian families who have suffered over 5 years of war and untold stories of loss and hardship.  But, in reality these were the fighting men, the mercenaries of the US CIA program in Turkey and Syria. Some people labeled them “The John McCain’s Army”, in honor of the Republican Senator of Arizona, who was the FSA’s main supporter in Congress.  Sen. McCain gave such passionate speeches in Congress; he was able to convince his fellow Senators of the need to send American military weapons, satellite imagery and technical training to these fighters.  These men were paid large monthly paychecks, much more that the average income of uneducated laborers in Syria.  In 2011 their monthly pay was $1,000.  As the years went by, their salary was increased.  The payroll was managed by an official of the Kingdom of Saudi Arabia, who was playing a key role in the regime change program in Syria.  The paychecks were issued in Turkey, payable in US dollars.

USA, UK, NATO, EU, Australia, Canada, Jordan, Turkey, Qatar and Saudi Arabia each had instrumental roles in the international attack on Syria for the purpose of regime change.  People questioned: how could democratic countries promote armed terrorism for the purpose of bringing democracy to Syria?  Experts pondered how democracy could be achieved from the barrel of a gun.  The Americans never wondered how monarchies like Saudi Arabia and Qatar could bring democracy to Syria, when there has never been any freedom or democracy in either country.

In the Vietnam War, the American government used a local tribe to fight for USA.  They were a close-knit mountain tribe called Hmong.  They were trained and given weapons.  They were sent on specific missions to kill both North Vietnamese troops, and also others.  It was a highly secret covert program.  Those Hmongs fighting had made a specific deal with the US federal government.  That in the event of failure on the US side in the war, they would be evacuated to USA and would be safely placed into new lives with full benefits to care for them.  I am sure there were sleepless nights among them, wondering who will win the war, and would the Americans fulfill their promises to them.  In the end, the US government stood by their word and evacuated the Hmong people, in the thousands, to Fresno, California.  There, they were put into free houses and apartments; all paid by the Fresno county Section 8 program.  Section 8 was a program designed to help the poorest people, typically with young children.  Fresno county government offices then billed the US federal government offices to cover the free housing for the Hmong ‘refugees’.   They were given free medical coverage at Valley Medical Center, which is the Fresno county funded hospital.  Each was given a Medi-Cal card, which entitled them to free medical.  The Medi-Cal program was a California State funded program to cover the poorest Californians.

They were given coverage on the Food Stamp program, which gave free foods to the Hmongs, through the existing welfare program.

History is about to repeat itself, as the Syrian Arab Army with their allies inside Syria have taken strategic areas in Damascus, Aleppo, Latakia, Palmyra, Homs, Deir Ez Zor and many other locations, and the US sponsored ‘rebels’ appear to be facing defeat on the battlefields.  The FSA spokesman has already predicted defeat.

When and if this happens in the coming days or weeks, the FSA will pull back into Turkey and the US agents, who are headquartered in Adana, will coordinate the safe and swift removal of the FSA and their wives and children.  They will be put on chartered planes from the Adana airport to arrive finally at their new home, which could be Flint, Michigan.

Flint is a troubled community.  It has severe water problems as well as economic problems.  The Flint city and county officials could be more than happy to have special federal money coming their way, which would be tied to the “Syrian Refugee” settlement.  The local churches, mosques and various charities would all rally around their newcomers.  The American people are well known for their generous and welcoming nature.  Everyone in USA can trace their ancestry back to newcomers at some point in time.  America is a melting-pot and they are proud of that heritage.

At first glance, these Syrian refugees may appear to be war-weary and looking for a new life of security and peace.  It might take years for some incident to happen, where their military training and terrorist background could re-surface.   Their American neighbors will not be aware that the Free Syrian Army was founded on the principals of Radical Wahhabism.  The founders of the FSA were all fighting for the purpose of regime change in Syria, in order to establish Sharia law, and to transform the secular government of Syrian into an ISIS.

The American CIA plan of attack on Syria was formulated in 2006, and the wheels put into motion.  The Wahhabism ideology was keeping pace with the CIA regime change plan.  The Muslim Brotherhood had infiltrated every major city in USA and UK, and had portrayed themselves as legitimate political persons, who just happened to be Muslims.  Knowing that the US and UK protect religious rights; they found safe haven and grew stronger and stronger.  The CIA decided to formulate the FSA, and describe it as “Freedom Fighters” to the western audiences, through the network of mainstream media.  Political propaganda machines went to work through CNN, BBC, France24 and Al Jazeera as they cranked out story after story of Syrian ‘regime’ atrocities, while never mentioning the FSA war crimes and atrocities.  Knowing that most Americans never check the details of news report independently, they could fabricate stories and use fabricated videos to change the hearts and minds of western viewers into believing that the “John McCain’s Army” were freedom fighters, akin to the founding fathers of America.

There are already hundreds of thousands of Syrian refugees in Germany, and scattered through various European countries.  The Europeans are fearful that terrorists could be hiding among the mainly normal refugees.  They are fearful of future terrorist attacks which could be committed by the very refugees they welcomed in and housed, clothed and fed.

Given the facts and past history of the Free Syrian Army, would you want them living next door to your family?