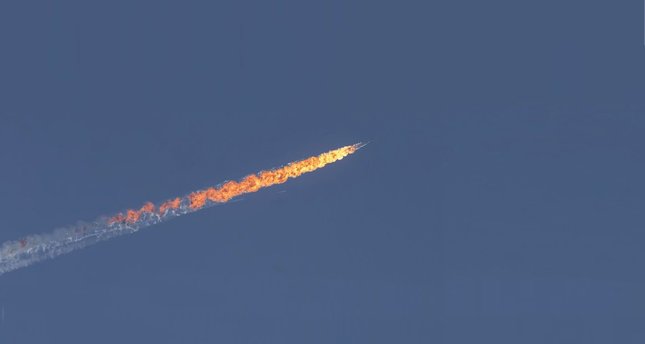 Syrian jet shot down over Turkey by Turkey-backed Syrian rebels.

A Syrian Mig-21 fighter jet has reportedly crashed in Turkey’s southern Hatay province after being shot down by the Turkey-backed Syrian rebel group Ahrar al-Sham, which is part of the Euphrates Shield operation, according to reports by Turkey’s Anadolu news agency and Daily Sabah.

The governor of Hatay province Erdal Ata said he had received reports claiming a plane crash near the village of Yaylacik in central Antakya.

“We think the plane belongs to Syria,” Ata said, confirming no Turkish Armed Forces nor civil aviation flight was scheduled in the area. The governor also said the plane may have crashed on Syrian land.

The Syrian opposition has told Anadolu Agency that they shot down a plane belonging to the regime.  The regime plane was allegedly bombing Idlib province in northern Syria when it was shot down by the opposition forces, said group spokesman of Ahrar al-Sham Ahmed Karaali.

Ahrar al-Sham was among the seven armed groups that Russia declared as “moderate opposition”, which were part of the ceasefire announced on December 30, 2016. However, Ahrar al-Sham opted not to participate in the recent Syrian peace talks in Astana, while the FSA, Jaish al-Islam and other armed opposition groups sent a delegation.

“Reportedly, a Syrian regime plane crashed around Hatay’s Samandag Yaylacik region,” he said Yildirim said it was not clear yet whether the plane crashed on Turkish or Syrian soil.

According to a senior Turkish military official, there was only one pilot on board and he is thought to be ejected from the plane while on Syrian land.

If the Syrian jet was indeed shot down by the Turkey-backed Ahrar al-Sham group, some speculate that the jet downing may be Trump’s first international crisis.