Ten Elementary School Students Handcuffed and Arrested in Tennessee, for Witnessing a Fight 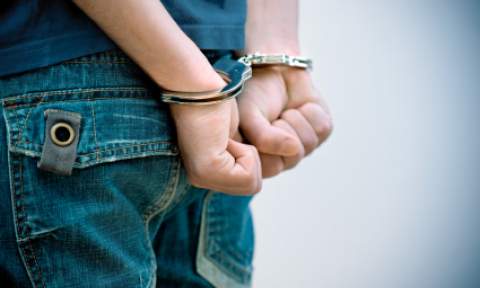 The students in question were arrested by the Murfreesboro police and charged as bystanders of the fight.

The two children who were actually fighting were not charged due to their ages (five and six), yet the children who witnessed it, who are as young as six-years-old as well, were charged with “criminal responsibility for conduct of another,” which is when a “person fails to make a reasonable effort to prevent” a crime, the Tennessean reported.

“I am so saddened, and I’m so sorry this incident happened, because I truly think it could have been avoided,” Murfreesboro Police Chief Karl Durr told The Tennessean on Sunday. “Errors were made, and now we are going to correct them moving forward and fix them so they are not repeated.”

The police chief has promised to review their policy on handcuffing students who are under 12, but sespite the apology, the children who witnessed the fight are still facing charges — and there are reportedly no plans to drop them.

Many believe that the increased use of police to handle matters that were traditionally handled by school administrators is causing a huge problem, and for good reason.

Luckily there are no allegations of brutality in this case, but recent reports reveal that the use of law enforcement in educational institutions is also leading to a massive increase in mace, pepper spray, stun gun, and taser attacks as a means of enforcing discipline and punishing inappropriate behavior among students.

The Education Justice Alliance, who is seeking to counter harsh punishment in schools, maintains that excessive discipline causes increased aggression, anxiety, depression, and suicidal thoughts. Added stress can also lead to liver and heart disease, according to researchers.