Tesla’s Dream is Getting Closer: Japanese Scientists Transmit Electricity Wirelessly Through the Air 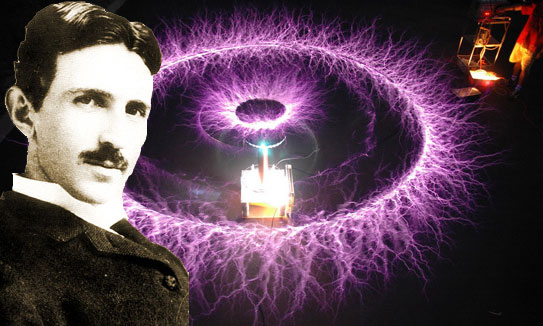 (TheMindUnleashed.org)  It seems that after more than a century, someone eventually managed to come close to Nikola Tesla’s breakthrough in transferring wireless electric power. Japanese scientists for the first time succeeded in transmitting electricity wirelessly through the air.

Researchers from the Japan Aerospace Exploration Agency (JAXA) managed to transfer 1.8 kilowatts of power via microwaves to a specific receiver located at a distance of 170 feet (55 meters). You may think that it’s not such an impressive distance, and the delivered energy was only enough to power an electric kettle, but the experiment opens up new prospects for alternative energy research. In particular, similar technology could be utilized for collecting solar energy in space and delivering it to Earth. In fact, this is how the International Space Station is powered – it converts sunlight into electric current with the help of solar cells placed on its solar array wings.

It is obvious that collecting solar power in space and transmitting it to Earth will require much more, but it’s a good start.

For years now, JAXA researchers have been involved in the Space Solar Power Systems project (SSPS) which is aimed at building a solar power plant in space, which would collect sunlight, convert it into microwaves or laser beams and transport them to Earth. The plant would be located in our planet’s geostationary orbit, at an altitude of approximately 22,000 miles (36,000 kilometers), and would deliver energy to a receiving facility on the ground. However, this ambitious project could be implemented no sooner than in a few decades. Till then, a number of technical issues must be resolved.

“There are many technological challenges to solve before SSPS can be implemented. When transmitting power by microwaves, a significant technological challenge is how to control the direction, and transmit it with pinpoint accuracy from a geostationary orbit to a receiving site on the ground,” said lead researcher Yasuyuki Fukumuro.

Wireless electricity, laser beams, microwaves… Doesn’t it all remind you of Nikola Tesla’s experiments? This great scientist and inventor performed similar experiments back at the end of 19th century, and many of his accomplishments “supposedly” still remain a science-fiction dream. In 1899, he managed to wirelessly transmit energy to light 200 bulbs at a distance of nearly 26 miles (42 kilometers).

Tesla was also believed to have tapped into what’s called “radiant energy” or “zero point energy” and envisioned a “World Wireless System” that would supply the whole planet with free limitless wireless electric energy, and began the construction in 1901, which, however, was suppressed and never completed due to the problems it caused with financier J.P Morgan with it not being able to be “metered”. And this was over 100 years ago..

In any case, I strongly believe that the world community will soon realize that alternative sources of energy are the only way for humanity to survive. While definitely different than Tesla’s idea of FREE energy, if the SSPS is finally implemented, we would have a permanent supply of wireless electric power regardless of the time of the day and the weather conditions.