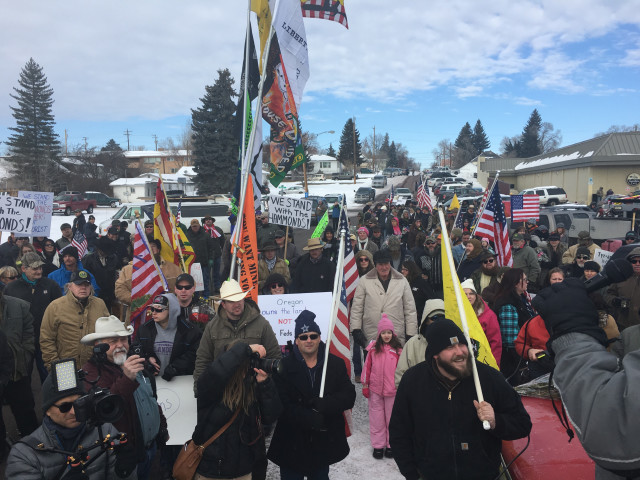 Since the story broke of Cliven Bundy’s sons, as well as 150 ‘militiamen’ taking over Malheur National Wildlife Refuge HQ, near Burns, Oregon – many details have been overlooked by news outlets (including this one).

But before the details of the Paiute native tribe became fully implicated, alternative news broke this story, as well as exposed extensive double-standards in the thought-processes of those who follow these stories. So hat-tip to those involved.

It Wasn’t The Fed’s Land

The Maiheur National Refuge, as well as the Burns Paiute Reservation is the remnants of the Maiheur Indian Reservation for the Northern Paiute, of 1872, Federally granted to the Paiute tribe by US President Grant. After the Reservation was established, white-settlers occupied and ate away at the land until the Bannock War in 1878, which finalized the surrender and removal of both the Paiute and the Bannok tribes to Washington state.

Bundy has claimed that the only authority over this issue is Harney County Sheriff David Ward whom the party is petitioning to bring them into ‘protective custody’.

Below is the only statement from Sheriff David Ward:

After the peaceful rally was completed today, a group of outside militants drove to the Malheur Wildlife Refuge, where they seized and occupied the refuge headquarters. A collective effort from multiple agencies is currently working on a solution. For the time being please stay away from that area. More information will be provided as it becomes available. Please maintain a peaceful and united front and allow us to work through this situation.

Will Native People’s Wishes Be Considered?

As with tradition in America, the aboriginal people have either been tossed aside or not thought of when a renegade force takes action.

Ammon Bundy – Cliven Bundy’s son – appeared on video proclaiming that he and his ‘militia’ will remain not only peaceful, but will, “… be staying for several years.”

So, it’s looking as though this group will not only ignore the wishes of the Federal government, but also those who have been bound by the same entity.