The U.S. Just Sent Hundreds Of Troops Into Syria 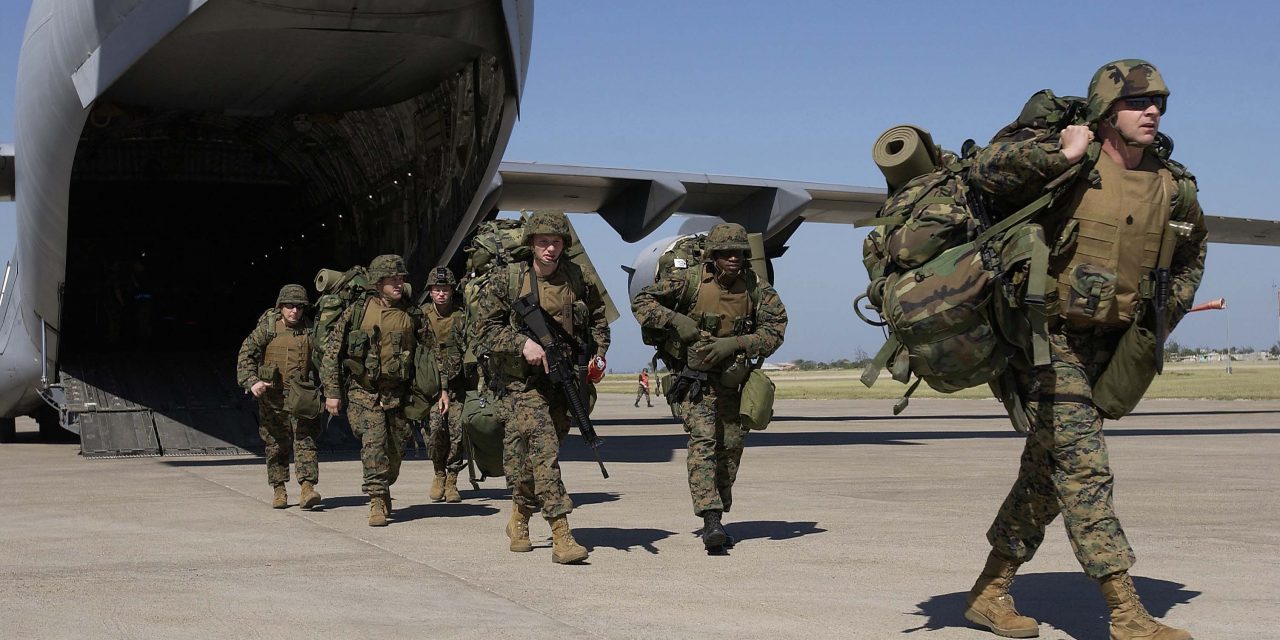 A number of leading outlets, including the New York Times, are now reporting that the U.S. is sending more and more ground troops into Syria. According to the New York Times, the U.S. just sent an additional 400 troops to Syria to help prepare for a looming fight in Raqqa, ISIS’ supposed capital in Syria.

The majority of the public will likely shrug this off as a minor development in the global war on terror because that is how the media presents the story.

However, there are a number of issues with U.S. troops being deployed to Syria — issues the corporate media refuses to acknowledge.

War needs a legal basis. A country can’t just send troops to another country because they feel like it. The only check the world currently has to protect itself from unjust wars is a combination of domestic and international legal systems that severely restrict the conditions under which a war can be launched. In the case of the United States, the superpower is bound not only to the international legal principles surrounding war, but also to a number of domestic principles that require congressional authorization to be given first. In the case of Libya in 2011, Barack Obama famously bypassed Congress and launched air strikes on the Libyan government. This was rarely questioned by the mainstream media.

Without permission from the Syrian government, which — whether we like it or not — holds the seat at the U.N. and was elected in 2014, the U.S. cannot legally launch troops into its territory.

Because the media rarely touches on the legality of the U.S.-led war on terror, there seems to be a widespread sentiment that even though the legal implications are quite damning, these operations are still the right thing to carry out given the context. For example, people often ask, “So what should we do? Nothing?” in response to the terror that ISIS has wreaked across Iraq, Syria, Libya and Yemen.

So what can one say in response? First, it was U.S. policies that created ISIS in the first place by disbanding the Iraqi army in 2003, leaving hundreds of thousands of military officers without jobs. It was Obama’s policies that put ISIS in Libya and that helped ISIS grow in Iraq and Syria. A good example of this can be seen in the instances where ISIS took its major strongholds in Iraq and Syria while the U.S. completely sat on their hands and did nothing.

Leaked audio of former Secretary of State John Kerry confirmed the U.S. was purposely watching ISIS grow so the terror group could put pressure on the Syrian government to come to the negotiating table. The U.S. clearly cannot claim the moral high ground regarding the war on terror.

Trump’s original travel ban heavily targeted Syria and its refugees. His new travel ban, which removes Iraq but leaves in Iran, still puts heavy restrictions on refugees fleeing Syria. In order to see the point of this statement, just reverse the countries in your head and picture the following scenario: Syria, a rich and wealthy tourism hotspot, has barred citizens of the United States from entering its country. On top of this, Syria is sending trained assassins into the United States without any legal basis.

One country bans the other but sends ground troops to invade its territory at the same time. Sound fair?

In October of last year, Anti-Media reported on the possibility that the current U.S.-backed offensive in Mosul was just an excuse to push ISIS back into Syria for an upcoming offensive on Raqqa, which would give the U.S. more of an excuse to conduct operations in Syrian territory. The intention of this is, of course, to put added pressure on the Syrian regime, which made significant advances in Aleppo last year with the assistance of Russian air power.

ISIS reinforcements fleeing Mosul and arriving in Syria are putting greater pressure on the Syrian regime. The United States was fully aware of this, but it did not seem to be of any concern to the American air force, which has done nothing but watch it unfold.

In tandem with the arrival of American troops, Saudi Arabia has also expressed its intention to send ground troops into Syria with the express purpose of ensuring that liberated areas of Syria do not fall into the hands of the Syrian regime, Hezbollah, or Iran.

Make no mistake. These operations are laying the groundwork for a direct confrontation with Syria and/or Iran — two countries that have the backing of the Russian air force and have close ties to China and North Korea.

“The upshot is that it’s still unclear who will take Raqqa when Mosul falls,” said one senior official involved in discussions, as reported by the Guardian. “The Americans are still hedging on the Kurds, even though the Turks are adamantly opposed. The Russians want the Syrian army and the rebels to do it, under their tutelage.”

While some people naively looked to Trump as a powerful revolutionary who could stand up to the corporate elite, it has become increasingly clear that even if Trump wanted to change America’s foreign policy strategy, his hands have already been tied. Trump’s expansive military budget should quash any discussion on this issue as he seeks to increase the size and scope of the already massive American military.