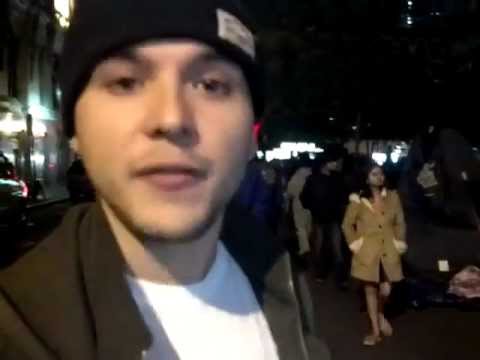 “Debbie Wasserman Schultz, Chair of the Democratic National Committee (DNC), was unaware that the National Defense Authorization Act (NDAA) and President Barack Obama’s “kill list” existed. This is why she would only take “serious questions.”

Do the National Defense Authorization Act (NDAA) and a secret “kill list” that the president maintains actually exist? Well, the NDAA has been reported on throughout the year and actually signed into law on New Year’s Eve and information about the kill list was published in a 6,600-word article in the New York Times.

We Are Change (WRC) attempted to catch up with Debbie Wasserman Schultz, Democratic Florida Congresswoman and Chair of the DNC, to get her thoughts about the two political topics, but she refused to engage any further.

Independent journalist Luke Rudkowski first tried to ask during a scrum about the president’s “flip-flop” on the NDAA and specifically the indefinite military detention without charge or trial provision. She dismissed the question by stating that “I didn’t hear it as a subject of debate tonight.”

Moments later, the video shows a one-on-one interview with the DNC Chair and Rudkowski probes her regarding the kill list. He asks how Republican nominee Mitt Romney would handle the kill list and if she is comfortable with him having such a kill list.