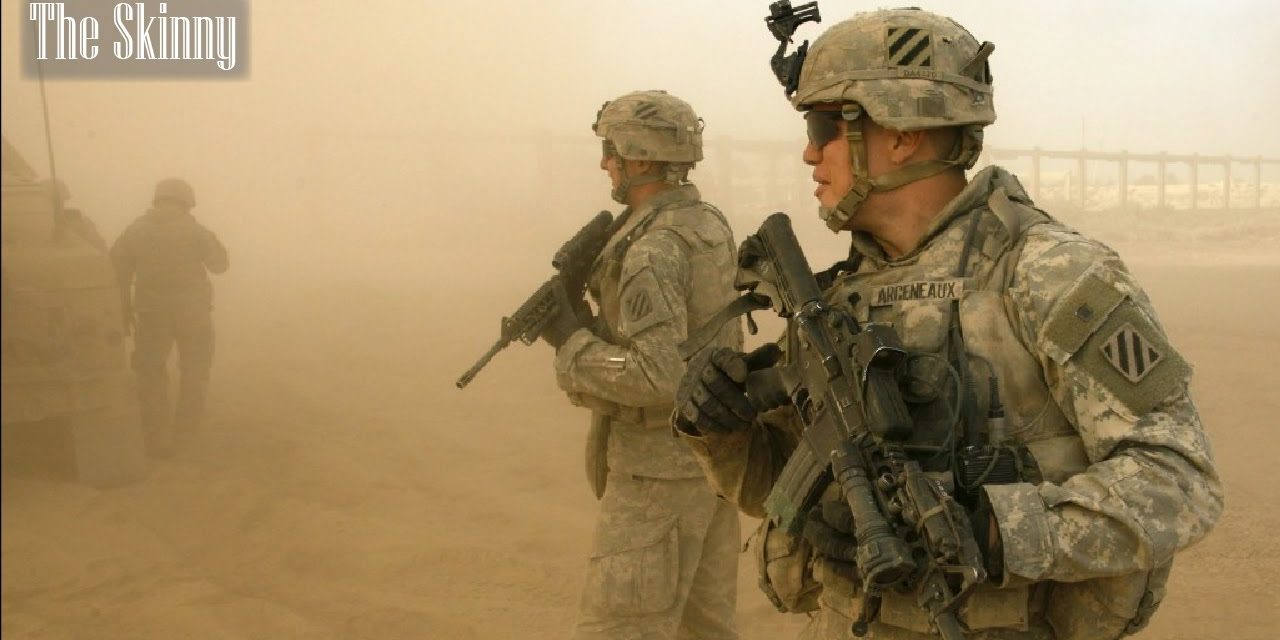 The United States is claiming that Russia interfered with its government by hacking and leaking the emails of DNC officials, despite the fact that no proof of Russian involvement has been released. However, it does raise the question: Has the U.S. ever interfered with foreign governments? The answer is yes.

Here is a list of 10 times the U.S. interfered with foreign governments:

1. Italy in 1948 – Using CIA operatives, the United States spent millions of dollars supporting Italy’s center parties in order to ensure the defeat of a Communist, Russian-aligned party in 1948.

The campaign supported by the U.S. was filled with propaganda, which included “forging documents to besmirch communist leaders via fabricated sex scandals, starting a mass letter-writing campaign from Italian Americans to their compatriots, and spreading hysteria about a Russian takeover and the undermining of the Catholic Church.”

2. Iran in 1953 – The CIA launched a military coup after the election of Iranian Prime Minister Mohammed Mosaddeq, a nationalist politician. He drew criticism for nationalizing the British oil company that was the precursor to BP.

The U.S. installed Mohammad Reza Shah Pahlavi as the new monarch. His oppressive rule led to the Iranian revolution, which resulted in “a brutally repressive regime in Iran, client terrorist groups around the Middle East, savage sectarian violence in Iraq and a nuclear standoff.”

3. Guatemala in 1954 – When Guatemalan President Jacobo Arbenz challenged the United Fruit Company, a U.S. corporation, in order to call for laws that would be fair to Guatemalan farmers, the CIA stepped in. The agency overthrew Arbenz in 1954, and installed a military dictatorship in his place.

It should be noted that Marxist revolutionary Che Guevara was in Guatemala at the time. He reportedly encouraged Cuban dictator Fidel Castro to “go the opposite direction” of Guatemala in order to stay in power, because the country’s free and open society was what “allowed the CIA to penetrate and overthrow Arbenz.”

4. Congo in 1961 – When Patrice Lumumba, the first elected prime minister of the Democratic Republic of the Congo, led a campaign to oust the ruling Belgians from Congo, the U.S. responded by overthrowing and assassinating him.

Lumumba’s murder, which has been called the “most important political assassination of the 20th Century,” was funded by the U.S and Belgium., employed partners in Congo, and was ultimately carried out by a Belgian execution squad.

5. Vietnam in 1963 – When the U.S. didn’t approve of the political influences in Vietnam in the 1950s, it installed Ngo Dinh Diem as leader of the new “South Vietnam.” While he was not liked by the people, he allegedly won 98 percent of the vote.

The U.S. sponsored the overthrow and assassination of Diem in 1963, and then spent the next 10 years at war, fighting for the fictional government it created. The cost was hundreds of billions of dollars, nearly 60,000 American lives and around 2 million Vietnamese.

6. Indonesia in 1967 – When Indonesian President Sukarno agreed to let the Communist Party have representation in his government, the U.S. responded by funding the murder of all “suspected communists” in 1965. The military became the most powerful establishment in the country, and Sukarno was overthrown in 1967.

Nearly half a million people were killed by military death squads in Indonesia in 1965, on the basis that they were “associated with the Communist Party.” In July 2016, an international panel of judges concluded that the killings qualified as “crimes against humanity,” and that the U.S., the United Kingdom and Australia were all complicit.

After another $1 million was spent during the 1970 election on spreading propaganda, the U.S. changed tactics, and launched a military coup. Former National Security Adviser Henry Kissinger is quoted saying, “I don’t see why we need to stand by and watch a country go communist due to the irresponsibility of its own people.”

8. Iraq in 2003 – The U.S. invaded Iraq in 2003 to overthrow Iraqi President Saddam Hussein, based on the claims that he had weapons of mass destruction and ties to al-Qaeda.

It should be noted that while the CIA initially claimed that there were WMD’s in Iraq, in a final report released in 2005, the head of the Iraq Survey Group said, “After more than 18 months, the WMD investigation and debriefing of the WMD-related detainees has been exhausted. As matters now stand, the WMD investigation has gone as far as feasible.”

9. Honduras in 2009 – The Honduran military launched a coup in 2009 to overthrow the country’s democratically elected president, Manuel Zelaya. While the United Nations condemned the action, the U.S. State Department under Hillary Clinton refused to acknowledge that a military coup had even occurred.

As the result of the military government in place, there were reports of people being “beaten, tortured, disappeared [and] jailed illegally,” and residents described the country as suffering from “the militarization of our society, serious violence and the criminalization of social protest.”

10. Libya in 2011 – The opposition forces looking to overthrow Libyan President Muammar Gaddafi also received support from then-Secretary of State Clinton. She even pushed President Obama to begin a bombing campaign in the country, in order to oust Gaddafi.

Obama has described U.S. intervention in Libya as the “worst mistake” of his presidency, namely “failing to plan” for the aftermath of Gaddafi’s defeat.

The U.S. has now spent the last few years working to overthrow Syrian President Bashar al-Assad, raised question of whether Syria will be the next country added to the list.

It’s important to note that in each of these examples, the United States government has used fear-mongering tactics in order to justify intervention in foreign nations. Not only has it cost American taxpayers billions of dollars, but it also led to more suffering and a higher death toll in each of the countries in which the U.S. intervened.