VIDEO: Top 3 Most Shocking Revelations From The Soros Hack 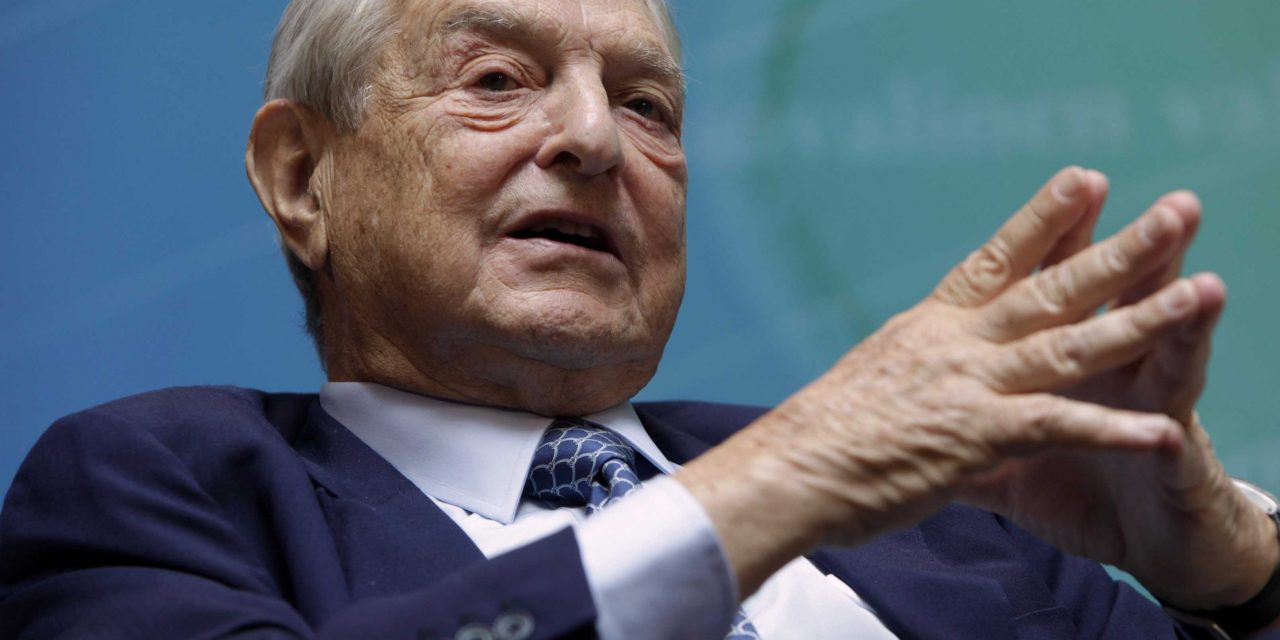 The Soros Hack led to over 2,500 documents from the Open Society Foundation being leaked online by the group DC Leaks Collective, which gives insight into the foundation financed by George Soros, a liberal billionaire and the Clinton campaign’s biggest donor.

Here are the top three most shocking revelations from the Soros hack:
3. George Soros had a hand in manipulating the media coverage surrounding Ukraine in 2014.
In a memo titled, “The Ukraine Debate in Western Europe,” the Soros-funded Open Society Initiative for Europe discussed manipulating media coverage of the 2014 coup in Kiev, in order to influence public opinion in Europe and to gain support for a “New Ukraine.”
2. George Soros funded the Black Lives Matter movement to the tune of $650,000.
After Freddie Gray died at the hands of Baltimore police in April 2015, the Open Society Foundation saw the resulting protests against police brutality as a way to push their own agenda by contributing heavily to the Black Lives Matter movement.
One report for the foundation claimed, “recent events offer a unique opportunity to accelerate the dismantling of structural inequality generated and maintained by local law enforcement and to engage residents who have historically been disenfranchised in Baltimore City in shaping and monitoring reform.”
1. The Open Society Foundation planned to take advantage of the on-going refugee crisis in Europe.
In a memo titled, “Migration Governance and Enforcement” two OSF officials discussed a program called the International Migration Initiative, which aims to influence immigration policy. It stated that, “The current refugee crisis is creating space to reconsider the governance of migration and the international refugee regime.”
The memo claimed that while it deliberately avoided the term “global governance,” the Soros-funded foundation believed the crisis in Europe presented “new opportunities” to influence global immigration policies, and to make the refugee crisis the “new normal.”
In the coming days, you are probably going to watch the mainstream media spin this story to focus on Russian hackers, or on who is responsible for leaking the information. That’s why it’s even more important to focus on the questions that have come out of this leak, such as: what do we know now that we didn’t know before, what theories have been confirmed, and how do we stop billionaires like George Soros from manipulated media and grassroots movements to push global initiatives?
Follow Rachel Blevins on Facebook and Twitter.