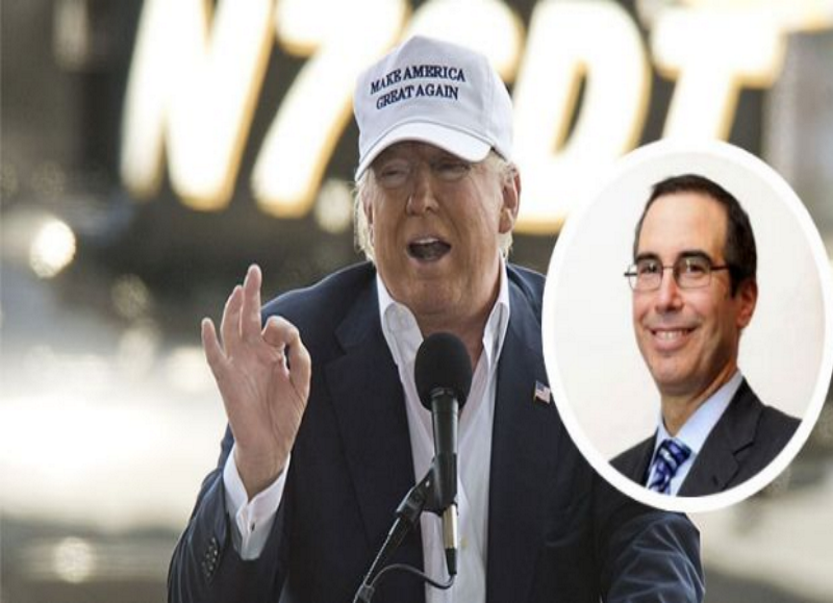 “Steven is a professional at the highest level with an extensive and very successful financial background,” Trump said in a statement.

“He brings unprecedented experience and expertise to a fundraising operation that will benefit the Republican Party and ultimately defeat Hillary Clinton.”

Trump, now the presumptive GOP presidential nominee, has touted his primary campaign’s self-funding but on Wednesday said he would not entirely self-fund his general election campaign, promising that he would create a “world-class finance organization” instead.

Mnuchin serves as chairman and CEO of Dune Capital Management LP, a private investment firm, and he is the chairman of Dune Entertainment Partners LLC.

He previously was a partner at Goldman Sachs and has a B.A. from Yale University.

Mnuchin has worked with Trump in the past on a business level and “brings his expertise in finance to what will be an extremely successful fundraising operation for the Republican Party,” according to the news release.

“It’s a great privilege to be working with Mr. Trump to create a world class finance organization to support the campaign in the General Election,” Mnuchin said in a statement.