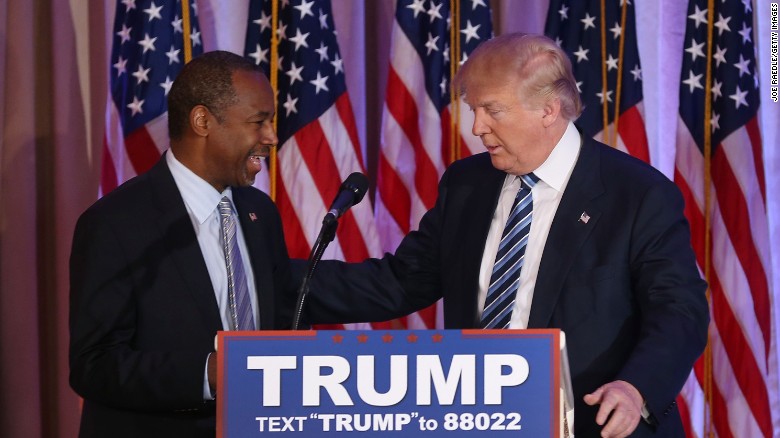 Trump has continued choosing his cabinet and has selected Niki Haley for U.S. Ambassador of the United Nations and Ben Carson for Housing and Urban Development. Additionally Trump chose Betsy Devos for Education Secretary to run his Department of Education.

Ben Carson posted to Facebook following Trump’s announcement hinting that he would accept the position.

“Winning the presidential election was only the first step for those who love traditional America and do not wish to fundamentally change it. Now the hard work begins of restoring the values that made us great. We must bring back the compassion and the unity that empowers us and banish the divisiveness that weakens us. After serious discussions with the Trump transition team, I feel that I can make a significant contribution particularly to making our inner cities great for everyone. We have much work to do in strengthening every aspect of our nation and ensuring that both our physical infrastructure and our spiritual infrastructure is solid. An announcement is forthcoming about my role in helping to make America great again.“

Carson said on Tuesday that the position was one of the offers that was on the table.  He added that he would be thinking and praying about it over Thanksgiving.

Trump aide Jason Miller told reporters that the transition team would make another announcement on Wednesday but did not offer further details.

President-elect Donald Trump also chose South Carolina Governor, Nikki Haley who said, the “U.S. faces enormous challenges both at home and internationally.” She further added it was a “sense of duty” in accepting Trump’s offer.

“When the President believes you have a major contribution to make to the welfare of our nation, and to our nation’s standing in the world, that is a calling that is important to heed. The second is a satisfaction with all that we have achieved in our state in the last six years and the knowledge that we are on a very strong footing,” said Haley.

Both Ben Carson and Nikki Haley early on in the GOP Primary opposed Donald Trump as being the Republican nominee for President.

This now leaves Trump’s Secretary of State position up for grabs to either Rudy Giuliani, Mitt Romney or some white knight choice that Trump hasn’t announced yet. We will continue to keep you up to date as more information becomes available.