Trump Calls For Hamilton Crew to Apologize For Harassing Pence 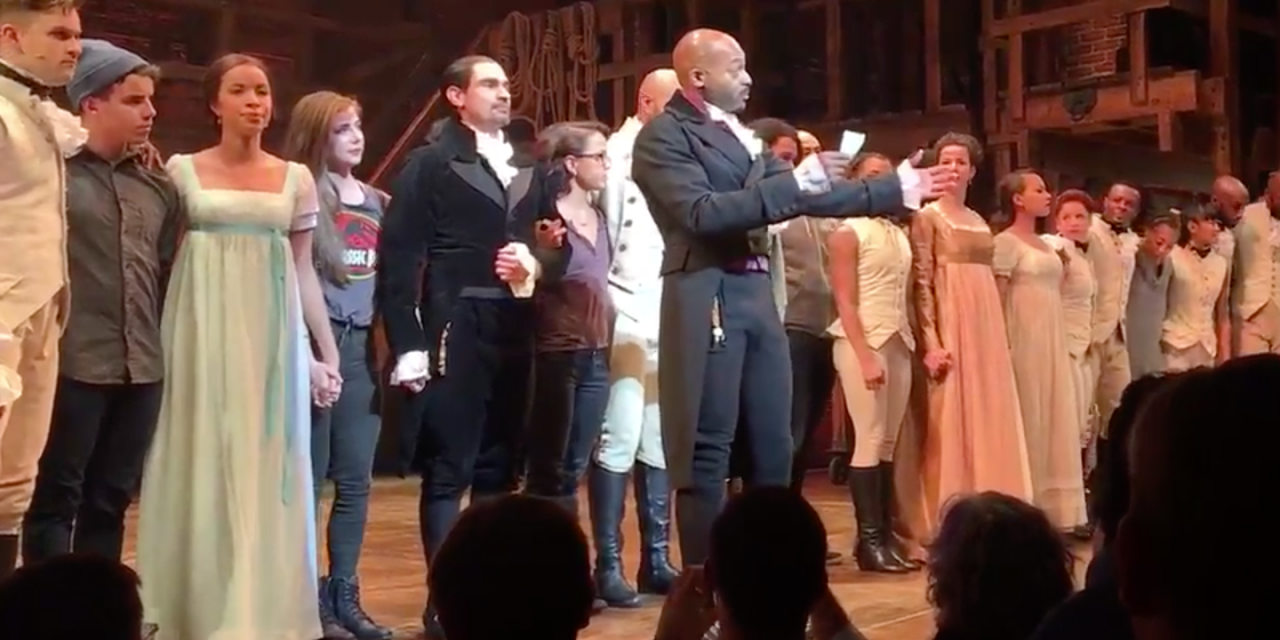 President-elect Donald Trump is calling for an apology from the cast of the Broadway show “Hamilton,” after they issued a public statement to his running mate, Mike Pence, following a performance Friday night.

The evening began with several audience members booing Pence as he entered the theater and made his way to his seat.

Here's Pence getting booed as he gets to his seats at Hamilton pic.twitter.com/IRQG68x1sB

Then, following the performance, cast member Brandon Dixon called for Pence to stay “a few more moments,” encouraging the audience to record and share his message for the vice president-elect.

“We welcome you and truly thank you for joining us here,” Dixon said. “We are the diverse America who are alarmed and anxious that your new administration will not protect us. Our children, our parents all defend us and uphold our inalienable rights. But we truly hope that this show has inspired you to uphold our American values and work on behalf of all of us.”

Tonight, VP-Elect Mike Pence attended #HamiltonBway. After the show, @BrandonVDixon delivered the following statement on behalf of the show. pic.twitter.com/Jsg9Q1pMZs

Trump responded Saturday morning by taking to Twitter to condemn Dixon’s actions, and called for the theater to be “a safe and special place.”

Our wonderful future V.P. Mike Pence was harassed last night at the theater by the cast of Hamilton, cameras blazing.This should not happen!

The Theater must always be a safe and special place.The cast of Hamilton was very rude last night to a very good man, Mike Pence. Apologize!

Dixon then responded to Trump’s Tweet with a Tweet that equated his message to Pence to simple “conversation,” and said he appreciated the fact that Pence stayed in the theater and listened.

conversation is not harassment sir. And I appreciate @mike_pence for stopping to listen.

UPDATE: 12 p.m. Est, Nov. 20, 2016: Pence responded to the controversy during an appearance on Fox News Sunday. He said that he was not offended by the direct message from the cast.

“I did hear what was said from the stage and I can tell you I wasn’t offended by what was said,” Pence said. “I’ll leave it to others whether that was the appropriate to say it.”

Pence also responded to Dixon’s concern that Trump would not protect diversity in America.

“I just want to reassure people that what president elect Donald Trump said on election night, he absolutely meant from the bottom of his heart,” Pence said. “He is preparing to be the president of all of the people of the United States of America.”