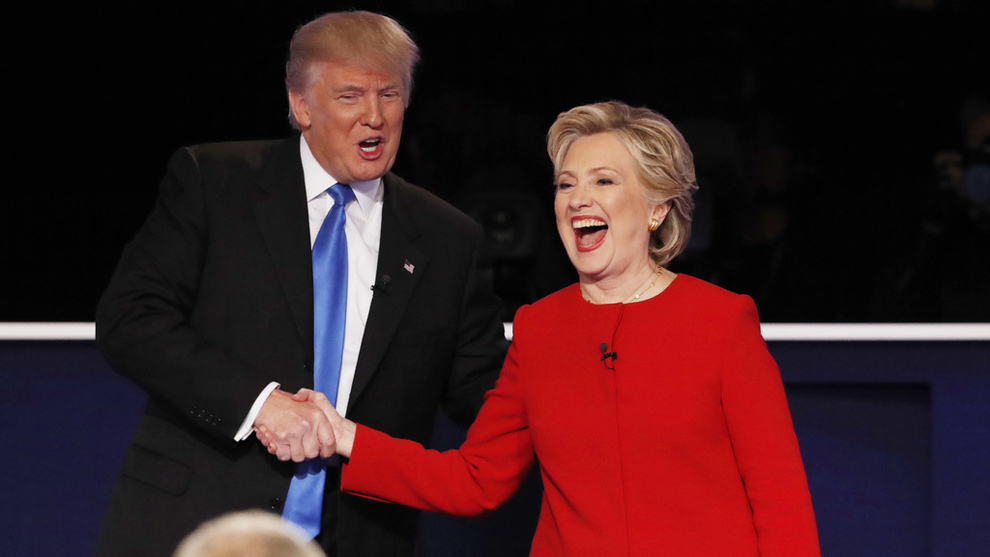 Donald Trump has drawn criticism for some of his decisions as president-elect, not just because they stray from his campaign rhetoric, but also because they resemble places where he was critical of the decisions made by his former rival, Hillary Clinton.

Let’s take a look at the top 4 offenders:

1. Favors for Donors – Trump has claimed that Clinton is owned by Wall Street donors, saying that the money she receives determines the favors she gives out.

“I have turned down millions of dollars from people who I don’t really want to give me money, okay? She has taken tremendous amounts of Wall Street money, but I put up my own money.”

Trump has a point—Clinton has a history of giving favors to her biggest donors. But the question is, has Trump done the same thing?

The answer is yes. According to a recent report, six of the people Trump has appointed to his cabinet were all big donors who gave a total of nearly $12 million to both his campaign and the Republican National Committee.

Most notably, Trump has chosen Linda McMahon, co-founder and former CEO of WWE, to run the Small Business Administration. She donated an impressive $7.5 million to a Super PAC supporting Trump’s campaign.

2. Ties to Goldman Sachs — During his campaign, Trump was a vocal critic of candidates who had ties to big banks like Goldman Sachs. While the criticism revolved around Ted Cruz during the primaries, it also extended to Clinton. In February, Trump claimed Goldman Sachs had total control over both Cruz and Clinton.

Now, Trump has drawn criticism for appointing a cabinet that includes multiple Goldman Sachs employees, such as:

– Gary Cohn, Trump’s pick to lead the White House National Economic Council, is the president and COO of Goldman Sachs.

3. Lack of Press Conferences – When he was on the campaign trail, Trump was quick to criticize Clinton for her lack of press conferences, even claiming that she refused to give them because she didn’t want to risk being asked any questions that she hadn’t approved.

“Hillary Clinton has not had a news conference in—I think it’s 242 days. She doesn’t do news conferences, because she can’t. She’s so dishonest she doesn’t want people peppering her with questions.”

The thing is, it has now been over 150 days since Trump held a press conference. During his last conference in July, he took the time to criticize Clinton for her lack of accountability to the press.

“You know, I put myself through your news conferences often. Not that it’s fun. 235 days for Hillary Clinton.”

4. Emails, Emails, Emails – Trump made headlines in October when he promised during a presidential debate that, if elected, he would appoint a special prosecutor to look into whether Clinton put classified information at risk by using a private email server for government business.

There was nothing Clinton wanted more than for the world to forget all about her emails, and after he secured the presidency, Trump seemed determined to grant her wish. Trump seemed to have forgotten all about the “lock her up” pledge when he said in November that she had suffered enough.

Trump’s popularity in the 2016 election was mainly tied to the fact that he presented himself as the “outsider candidate” who wanted nothing to do with Wall Street banks and wealthy donors, was open to both the media and the public, and wanted to hold the “above the law” Clintons accountable for their actions. Trump’s recent last departing from those principles raises a lot of questions about what Americans can expect from him when he takes office. It also serves as a reminder that everyone—including Trump’s biggest supporters—should hold him accountable for his actions.

Check out this story on Steemit!