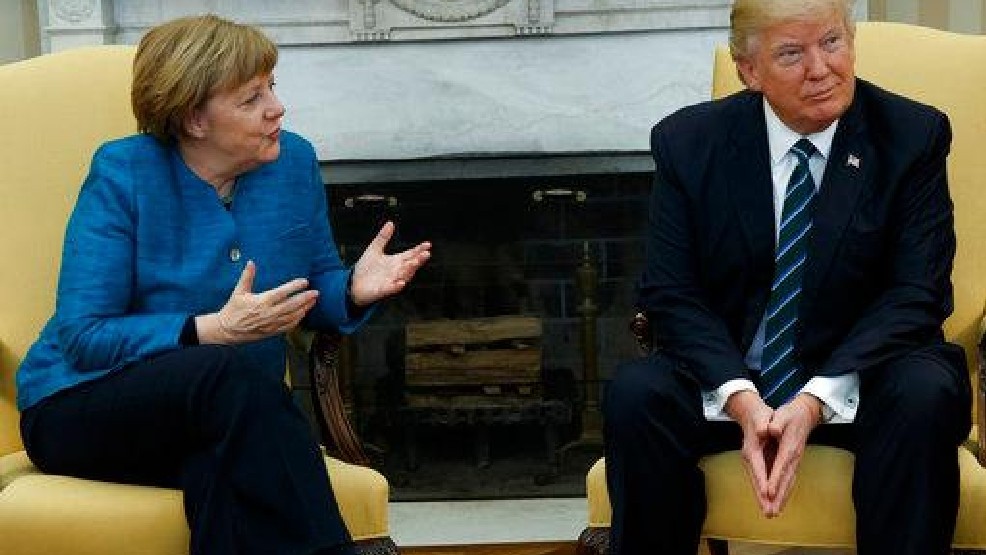 Fresh off his meeting with German Chancellor Angela Merkel, President Trump is riling up US-German relations, with one of his latest tweets accusing Germany of owing NATO “vast sums of money” and demanding that Germany pay the United States more for their “powerful, and very expensive” defense.

Trump had made mentions of demands for vast sums of money in his joint conference with Merkel, accusing Germany at the time of unfair trade practices, and seeking NATO members to pay back the “vast sums” spent by the US in past years.

The US has been pressuring NATO members to increase their military spending, and Germany is among those under pressure to spend at least 2% of its GDP, despite Germany already having one of the world’s top 10 priciest militaries at its current levels, and have good relations with all of its neighbors.

Despite Germany not always having the exact military spending priorities the US has sought, there does not appear to be any mechanism in NATO by which the US could force Germany to pay more, let alone force Germany to retroactively hand over “vast sums of money” to the US or NATO in general.