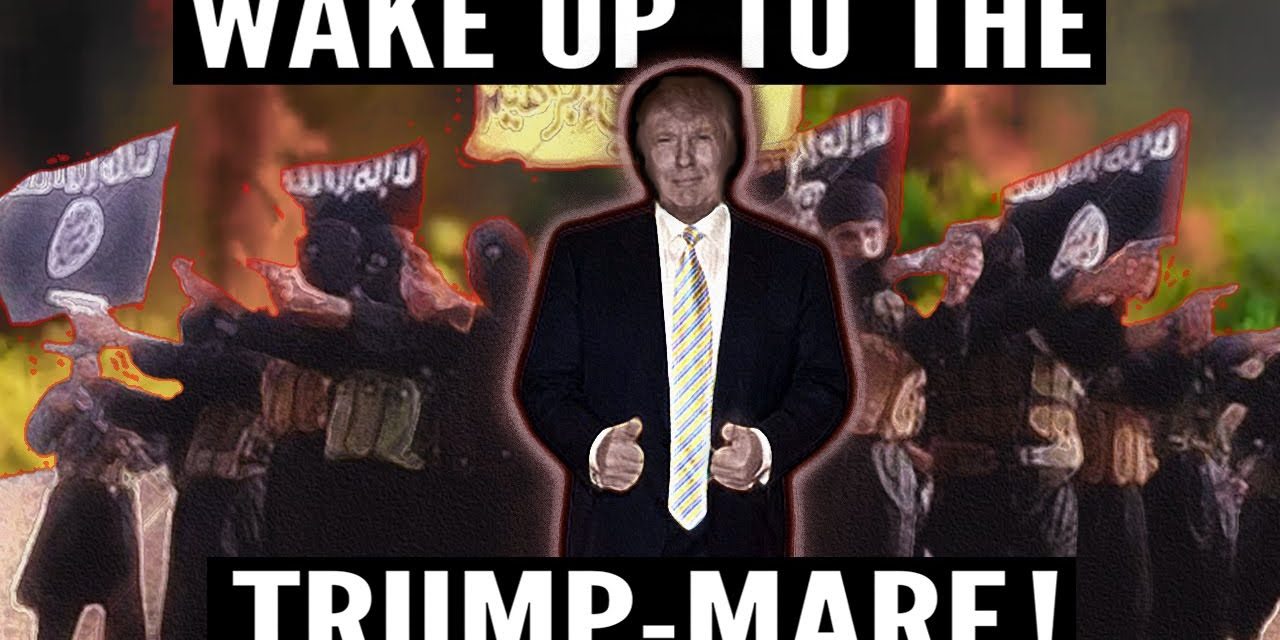 The US, Saudi Arabia, and Israel along with Syrian rebels are jointly fighting Iran, China, Russia and the Syrian government. It’s especially important for Trump supporters to be aware of this insane situation, which has been going on for years.

U.S. coalition forces just shot down a Syrian army plane that was conducting operations against the ISIS near Raqqa- The US claims the downed aircraft was dropping bombs near U.S. backed fighters in Syria, however- this area is supposedly under ISIS control This occurred just hours after the U.S. signed a defense pact with Kurdish proxy forces who are now looking to attack Syrian government forces instead of ISIS.

This proxy war could easily escalate into a global conflict, especially with the Trump administration’s aggression. The United States is becoming the air force for ISIS!

After the US signed a defense pact with the Kurds, they are now making the Syrian government, and Iranian forces protecting it their main enemy. A recent video by Luke also talks about the allowed escape of ISIS inside of Syria.
The US turned a blind eye to a large convoy of marked ISIS vehicles, allowing them to retreat to safely. ~> Here’s some footage of ISIS escaping <~

Trump recently launched air strikes against Iranian militia forces that were fighting ISIS. It’s very clear that the Trump administration is siding with the Islamic terrorists. He’s attacking those that have the highest chance of defeating them.

Trump supporters need to face the truth- their supposed ‘anti-establishment’ president is doing exactly what Obama and Bush administrations did.

There is a saying “CNN is ISIS”
Well, Donald Trump is with ISIS..
So it should be ‘Trump is ISIS’!

Trump empowers and protects these extremists in the middle east.
It’s scary that the MSM and most of the independent media is hell bent on attacking Donald Trump, but won’t run with this important news.

They refuse to connect the dots. They won’t tell you that he is personally helping in the spread of radical Islamic terrorism..
But we will!

Here’s a statement from the Syrian General Command of the Army and Armed Forces shortly after the Syrian warplane was shot down. These developments are a major step toward all-out war, not just by the Trump administration, but also by the fed-up Iranians who just fired ballistic missiles at ISIS in eastern Syria. Russia is also calling the US’ downing of the Syrian jet an act of aggression. Russia stated that from now on it will treat all U.S. jets in Syria as ‘targets’, and communication channels between Washington and Moscow were immediately suspended.

This just moments after a Russian fighter jet intercepts US Bombers over the Baltic sea during a NATO exercise. The exercise is simulating a full out war between NATO and the United States against Russia.

So what is Trump doing while all this is happening? The tweeter-in-chief is talking about his approval ratings

and supplying Qatar with $12 billion worth of weapons.. just DAYS after accusing them of funding terrorism!

The same goes for Saudi Arabia, a major terrorist financing company, whom he has aligned himself with- recently providing them with a major weapons deal that’s the LARGEST in world history!

Saudi Arabia continues with civilian massacres in Yemen, and human rights violations while the US and the UK participate in a bombing campaign with them. This campaign is directed against military forces in Yemen that are actively fighting against Al Qaeda. Showing you once AGAIN that U.S. forces are supporting radical Islamic terrorist groups. Trump has a lot of tough talk against terrorism but it’s all BS! Trump is even going further than his predecessor Obama who we all know willingly started the rise of ISIS. He’s driving this country towards more meaningless and detrimental war- while wasting of taxpayer money & undermining the safety of the US and the entire world.

I encourage all Trump supporters to wake up to the reality of the situation, and be brave enough to call it out.  Your praise, adoration and support for him is enabling him to get away with it!

Humanity will be free from this madness when we stop worshiping, and giving away our power and sovereignty to figures and idols, and see what’s really happening in this world.

There are bigger plans being carried out here regardless of who is president, and they will continue unless you wake up.

Thanks so much to all who donate and support us.. past, present, & future