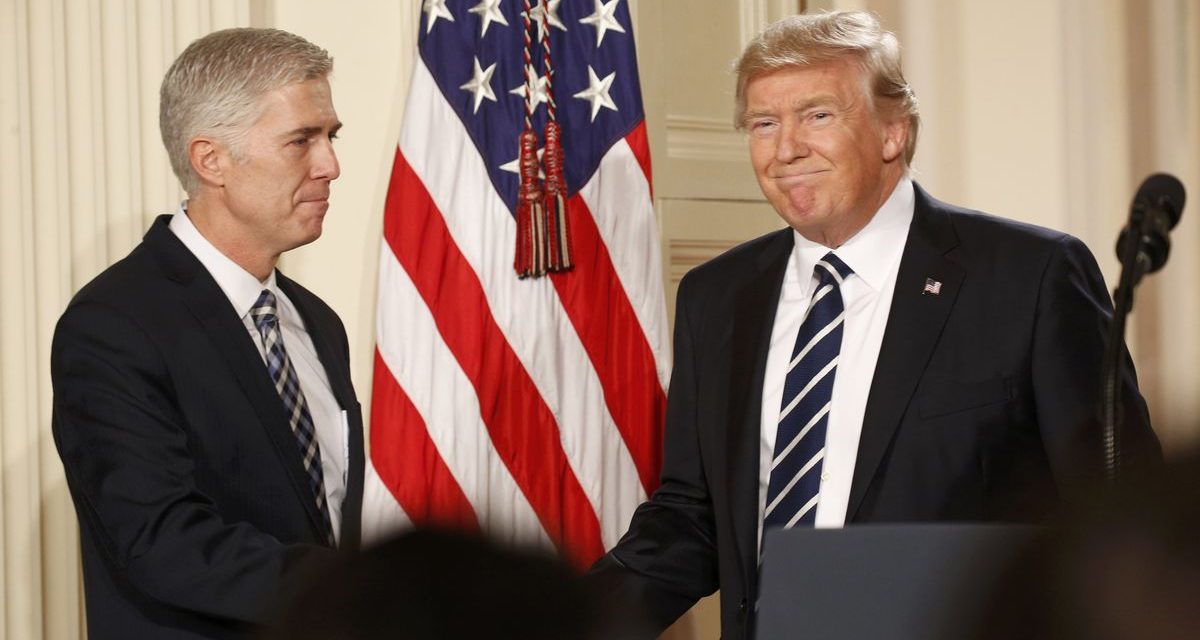 Gorsuch was nominated by Trump after months of speculation on who he would pick. Trump told Fox News’ Sean Hannity on Thursday that he had mostly finished deciding.

“I have made my decision pretty much in my mind, yes,” Trump said. “That’s subject to change at the last moment, but I think this will be a great choice.”

Gorsuch served on the 10th U.S. Circuit Court of Appeals in Denver, Colorado, and was appointed by President George W. Bush in 2006.

At 49 years old, Gorsuch would be the youngest justice on the current Supreme Court bench if he is confirmed.

Gorsuch is pro-life. Last year, he sided with Utah Governor Gary Herbert when he sought to defund Planned Parenthood.

Gorsuch attended University of Oxford, Columbia University and Harvard Law School, and he embodies Scalia’s trait of being a prolific, controversial writer.

Gorsuch was a Truman scholar. He wrote a full book on assisted suicide and euthanasia recapping both sides, and advocated decisively against legalizing assisted suicide.

In the book Gorsuch argues that, “human life is fundamentally and inherently valuable, and that the intentional taking of human life by private persons is always wrong.”

It is worth noting that Gorsuch once argued against applying the federal law banning felons from owning firearms.

He also argued against upholding a Colorado state clean energy program, alleging it would hurt coal producers from out of state.

Gorsuch gave a speech on the passing of Anton Scalia who was also his friend.

I congratulate President Trump for nominating a conservative jurist with outstanding credentials and experience to the Supreme Court.

Judge Gorsuch is a worthy successor to Justice Scalia, a committed originalist and a strong defender of religious liberty and states’ rights

What do you think of Neil Gorsuch as Trump’s pick for Supreme Court justice? Let us know in the comments!