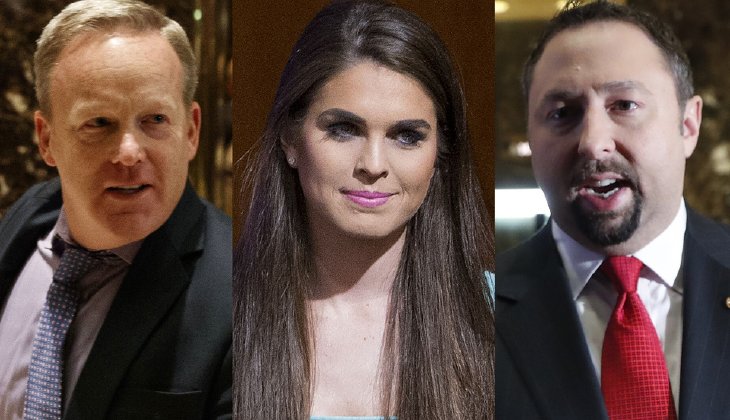 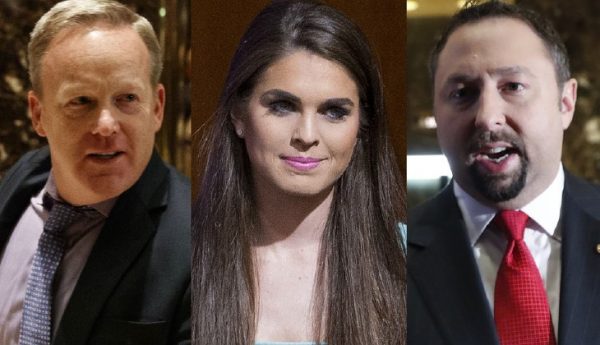 “Sean, Hope, Jason and Dan have been key members of my team during the campaign and transition. I am excited they will be leading the team that will communicate my agenda that will Make America Great Again,” Trump said in a statement.

Spicer has ties to incoming White House Chief of Staff Reince Priebus, who is the current Republican National Committee head. Spicer worked with Priebus during Trump’s 2016 campaign as chief strategist and communications director at the RNC.

Hicks also has experience dealing with the press. She joined Trump’s campaign gaining experience in press relations working for Ivanka Trump’s fashion line. As director of strategic communications, Hicks will manage the president’s media opportunities, and will be in charge of scheduling meetings for him to talk to the press.

Scavino is a long time friend of Trump, first meeting him when he was only 16 years old working as a caddie at a golf course. Trump eventually bought that course, and promoted Scavino to general manager of the Trump National Golf Club. In February, Trump brought Scavino on as the social media operations director handling his social media campaign.

Spicer previously reassured the press amid concerns that they would be banned from the White House briefing room, after they freaked out about not being invited to a Trump family steak dinner.

“There’s a big difference between a campaign where it is a private venue using private funds and a government entity,” Spicer said. “We have a respect for the press when it comes to the government, that that is something that you can’t ban an entity from.”