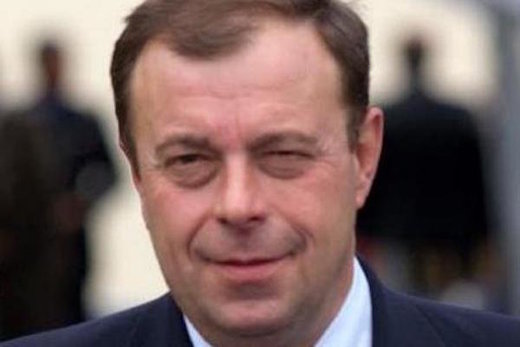 Yves Chandelon, Chief Auditor of NATO in charge of counterterrorism funding, was reportedly found dead in the city of Andenne in the Belgian Ardennes last Friday, of a single gunshot wound to the head.

Chandelon was the son of a Belgian businessman a CEO for Career Kalvysob.  He became a banker after his father, and then joined NATO in 1998.

As the media in Belgium reported, it’s suspected that the official most likely committed suicide. However, his family has rejected this notion and there are key facts that a lot of people are missing.

Newsbud reported that Chandelon was left handed and the gun was found in his right hand, just one among many suspicious details that his death may have not been a suicide. Another key detail is Chandelon’s debt to a friend, which U.S. alternative media and Russian sources like Pravada have not reported. In the U.S., many are reporting that the gun was found by his side. The story from a Belgium paper contradicts this narrative, claiming that the firearm was found cusped in his hand.

Spiro Skouras and Sibel Edmonds, a former FBI translator-turned-whistleblower, questioned Ali Syed, a Belgian resident who has provided a different view regarding the possible cause of Chandelon’s death.

“Some reports are suggesting that it’s debt related,” Syed reported. “There is some interesting connections with the location in regards to one of his friends who lived there 500 meters away from where he was found dead that friend was owed 45,000 Euros by the deceased.”

Then there is the fact that the gun was reportedly found in Chandelon’s non-dominant hand, his right hand, when Chandelon was left-handed.

His body was found 140km away from his work in Luxembourg and 100km away off the city of Lens, where he lived.

As with any case where a gun is planted in someone’s hands, the obvious anomaly is always ignored. If a person shoots himself with a gun that close using one hand, the recoil would kick back and the gun would fly instead of staying in the person’s hands with a fingers still on the grips.

Edmonds expanded on this idea, noting, “that kind of a close shot the recoil would have thrown the gun up.”

Syed also said, “that family members are insisting that this was not a suicide.”

Edmonds also reported that prior to his death, Chandelon was telling his son Xavier to keep certain information in case something happened.

Syed then goes on to say, “Yes, all these documents were handed over to the police on Monday and Tuesday.”

In my own eyes, this a clear murder, a clear attempted cover up by the perpetrators and this has the markings of a professionally done job.

“Chandelon, was tasked with researching the financing of terrorism researching what companies are being used and whitewashing money,” Syed said.

Edmonds goes on to say, “that there have been a string of suspicious murders of diplomats.” She then questions that, “if we are going through international hits and assassination operations?”

Chandelon was dealing in particular with issues on countering terrorism funding according to the Belgian media. He also recently talked about receiving strange phone calls.

In a recent video, WeAreChange’s Luke Rudkowski broke down the situation and looks at the suspicious circumstances surrounding Chandelon’s mysterious death:

The investigation is still ongoing, according to Belgian police. Do you think the NATO Chief Auditor in charge Of Counterterrorism funding was murdered for his work in NATO or something else or do you think all these obvious anomalies can be answered? Let us know in the comment section below.