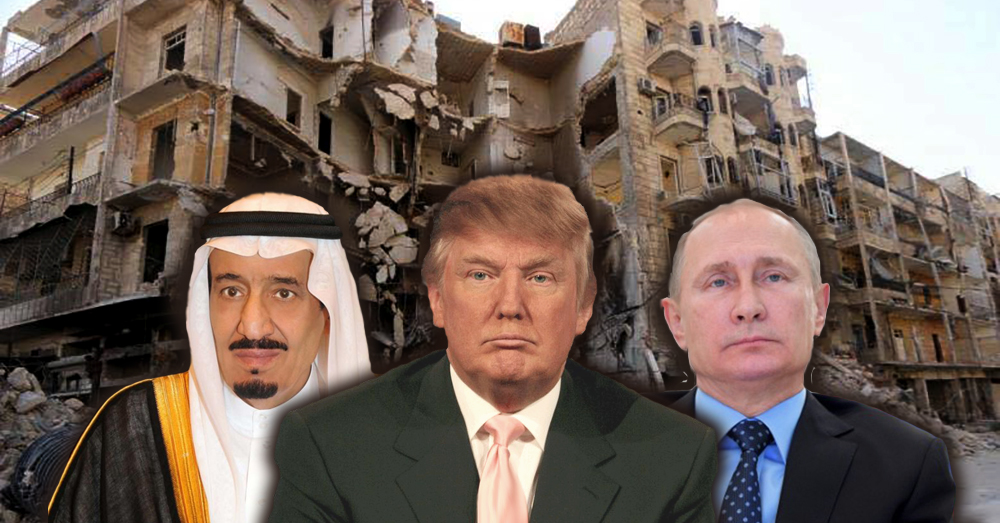 President Trump reportedly discussed the idea of creating “safe zones” in Syria with the king of Saudi Arabia on Sunday, just days after Russia’s President warned Trump to “weigh all possible consequences.” 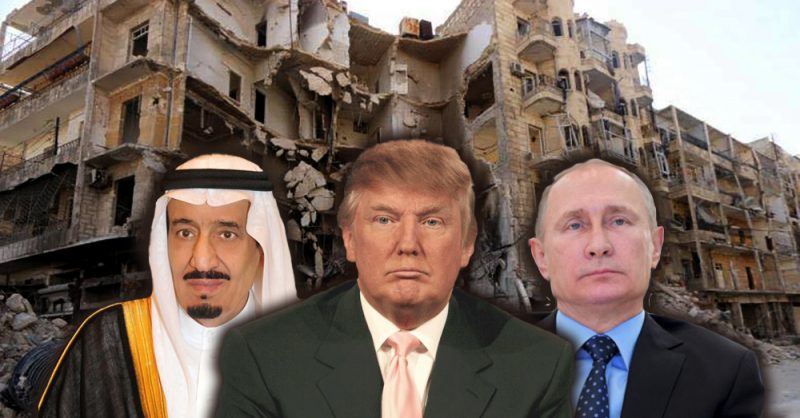 Trump spoke to the King of Saudi Arabia, Salaman bin Abdul Aziz, and the Crown Prince of Abu Dhabi, Sheikh Mohammed bin Zayed Al Nahyan, on the phone with both gulf leaders agreeing to Trump’s proposal of setting up safe zones in the Middle East for refugees, Reuters reported.

“The president requested, and the King agreed, to support safe zones in Syria and Yemen, as well as supporting other ideas to help the many refugees who are displaced by the ongoing conflicts,” the White House said.

During Trump’s campaign, he advocated heavily for Gulf states to pay for establishing safe zones to protect Syrian refugees.  His rhetoric regarding safe zones has been ongoing since he started campaigning for the presidency in June 2015.

“They’re gonna put up all the money,” Trump said during an immigration speech in Phoenix in August. “We’re not gonna put up money. We’re gonna lead it, and we’ll do a great a job. But we’re gonna get the Gulf states to put up the money.”

“What I like is build a safe zone, it’s here, build a big beautiful safe zone and you have whatever it is so people can live, and they’ll be happier,” Trump said during a rally at Knoxville, Tennessee.

“Europe made a tremendous mistake by admitting millions of refugees from Syria and other Middle Eastern trouble spots,” he said. “I don’t want that to happen here.”

“I’ll absolutely do safe zones in Syria for the people,” he added, without giving details on how he would establish the safe zones.

That question seems to be partially answered according to a document seen by Reuters. Trump is planning to order the Pentagon and the State Department in coming days to craft a plan for setting up the “safe zones.”

Although these “safe zones” have not been defined, there is no further information on what these safe zones would constitute, where they would be setup, or how they would be enforced.

“The Secretary of State, in conjunction with the Secretary of Defense, is directed within 90 days of the date of this order to produce a plan to provide safe areas in Syria and in the surrounding region in which Syrian nationals displaced from their homeland can await firm settlement, such as repatriation or potential third-country resettlement,” the draft order said.

“We have seen the U.S. President’s request for conducting a study. What’s important is the results of this study and what kind of recommendation will come out,” Turkish foreign ministry spokesman Huseyin Muftuoglu said.

While Russia warns the U.S that it should “thoroughly calculate all possible consequences.”

“No, our American partners did not consult with us. It’s a sovereign decision,” Dmitry Peskov said.

Trump and King Salman also discussed the Muslim Brotherhood, a senior Saudi source said, adding that the two talked about Osama Bin Laden, the late al-Qaeda leader: “It was mentioned that Osama bin Laden was recruited at an early stage” the news organization Al Arabiya reported.  The Muslim Brotherhood is expected to be labeled a terrorist organization by the Trump administration.

When Mohammed Morsi was arrested by the Egyptian military, evidence of the secret agreement was discovered and seized.

Then there is the secret directive PSD-11 or Presidential Study Directive-11.

The directive was produced in 2011 which outlined administration support for political reform in the Middle East and North Africa, by backing the Muslim Brotherhood. Two years before that Obama invited 10 members of the Muslim Brotherhood, including the country’s chief opposition party, to attend his speech in Cairo.