During Trump’s Inaugural address, he said: “We stand at the birth of a new millennium, ready to unlock the mysteries of space.”

How does President Trump aim to accomplish this goal? 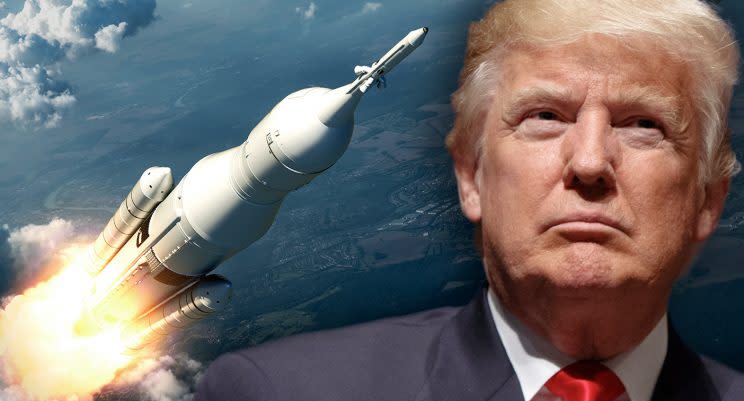 Trump’s aim is to have humanity exploring the entire solar system by the 22nd century.

Robert Walker – former congressman – was chosen to draft Trump’s space policy during the campaign. He told Yahoo News about the administration’s plan to place “low Earth orbit” missions predominantly in the hands of the private sector – exceptions for military and intelligence satellites.

“As we look toward going back to the moon, going to Mars or further, we’ll want to have space resources that would be assembled in orbit so we could make them large enough and capable enough to do real deep-space activities.”

Axiom Space and Bigelow Aerospace have expressed keen interest in constructing commercial space stations, and to obtain technologies under development, such as constellations of satellites for Earth observation. They assess this to be profitable in the ‘low Earth orbit’ area, the region of space up to an altitude of about 1,200 miles. The International Space Station is in low Earth orbit.

Robert Walker has experienced skill in the space sector, being the first sitting member of Congress to be given NASA’s Distinguished Service Medal, their highest honor. He has also been involved in presidential commissions on the aerospace industry’s future and space exploration. Robert Bigelow – founder of Bigelow Aerospace, stated major aircraft manufacturers Boeing and Lockheed Martin have always had a keen eye on NASA and therefore on government funding. He claimed privatizing low Earth orbit is an important opportunity for “the little guys” to survive and establish.

Walker added: “What’s the best way for us to access space in the future? And what opportunities exist if you’re truly innovative about how your approach a space future?”

Walker claims space policy should highlight that the community of space is far larger than NASA or the military – private investors should take the opportunity to take part in achieving national goals. He calls for the National Space Council – a policy-setting body closed in 1993, to be reinstated under the leadership of VP Mike Pence to set national goals for all three stakeholders in space – commercial, military and civil interest. Bigelow argues that NASA’s approximate $19 billion budget should be doubled, and recalled conversations with William H. Gerstenmaier – associate administrator for the Human Exploration and Operations Directorate at NASA, claiming that the agency does not have the capability to return humans to the moon without assistance from the private sector.