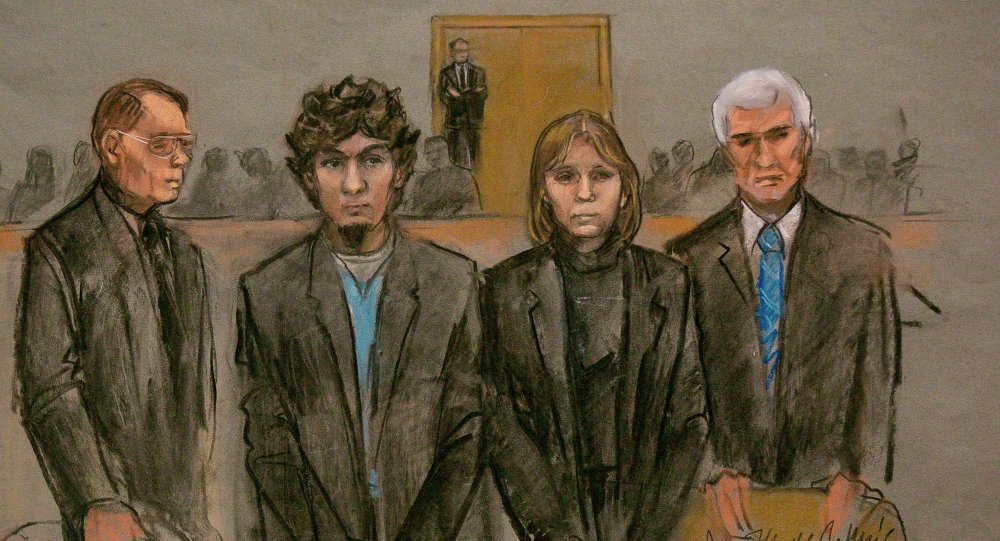 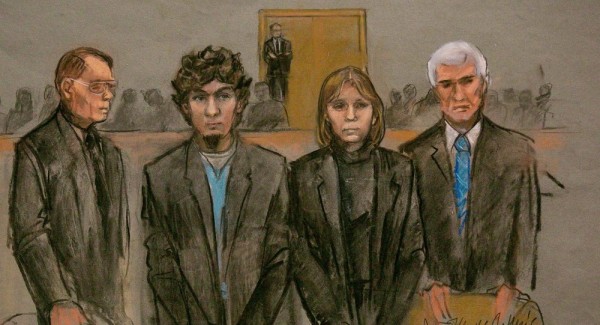 After over 14 hours of deliberation, jurors have sentenced Dzhokhar Tsarnaev to death on some counts.

The jury consisted of seven women and five men, and this marks the first time that a federal jury has sentenced a terrorist to death in the post-Sept. 11 era. Several juror members were reportedly crying as the sentencing came down. Tsarnaev displayed no signs of emotion.

The 12 jurors had to agree unanimously in order for Tsarnaev to receive the death penalty, otherwise he would have automatically received life in prison without parole. The execution will be carried out through lethal injection, but the sentence is likely to go through years of appeals.

Judge: Mister #Tsarnaev has comported himself appropriately the entire time.

Judge: the defendant is in custody of the US Marshals.
He walks solemnly out.

Dzhokhar Tsarnaev was found guilty last month of all 30 counts, including murder and the use of a weapon of mass destruction. Seventeen of those charges carried the possibility of the death penalty. Defense attorneys took a surprising route, essentially admitting Tsarnaev’s guilt in the Boston Marathon bombing”It was him,” Judy Clarke, Tsarnaev’s attorney, said during her opening remarks.

In the face of overwhelming evidence of his involvement in the bombing, the strategy of the defense was to try to spare Tsarnaev the death penalty. They argued that Dzhokhar had been heavily influenced by his older brother, Tamerlan, and that the elder brother had been the main perpetrator of the plot.

“The evidence will not establish and we will not argue that Tamerlan put a gun to Dzhokhar’s head or that he forced him to join in the plan,” Clark told the court, “but you will hear evidence about the kind of influence that his older brother had.”

Judge thanks jury for their time, thanks the alternates.
Says their work here should "stand as a model" for future juries.

Prosecutors depicted Dzhokhar as an active participant, citing his collection of al Qaeda magazines and his part in espousing radical Islam online. In seeking the death penalty for the 21-year-old, the prosecution also presented 92 witnesses, including victims of the blast.

“He didn’t care if he killed them along with everyone else,” Prosecutor Steve Mellin said during the closing arguments of Tsarnaev’s sentencing trial. “Killing innocents was the whole point. It’s how you terrorize an entire population.”

#Tsarnaev will be shipped to federal death row in Indiana. Barring appeals, he will die there.

“There is just no punishment for that other than death,” Mellin added. “The defense will ask you to value the defendant’s life, but he did not value the life of his victims. His actions have earned him a sentence of death.”

While capital punishment is unconstitutional in the state of Massachusetts, Tsarnaev was tried in a federal court and was not exempt from that possibility.

The bombings occurred near the finish line of the Boston Marathon on April 15, 2013. The homemade pressure cooker devices killed three and injured an estimated 264. An eight-year-old boy was among the victims. Both Tsarnaev brothers were identified through witness photographs, as well as surveillance video of the scene.

In addition to the bombing, Tsarnaev was convicted on charges which related to a shootout with police which occurred a few days after the attack when the brothers killed an MIT campus police officer who was sitting in his patrol car.

Tamerlan Tsarnaev was killed while fleeing from the police.