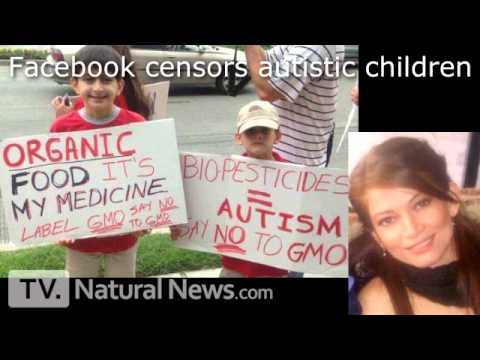 Mike Adams the Health Ranger interviews Andrea Lalama, mother of two autistic boys who have now become famous because Facebook suspended Andrea’s account after she posted a picture of her two children holding up protest signs at the recent March Against Monsanto.

This was apparently too much for Facebook, which immediately began shutting down accounts of numerous users who started to share this photo.