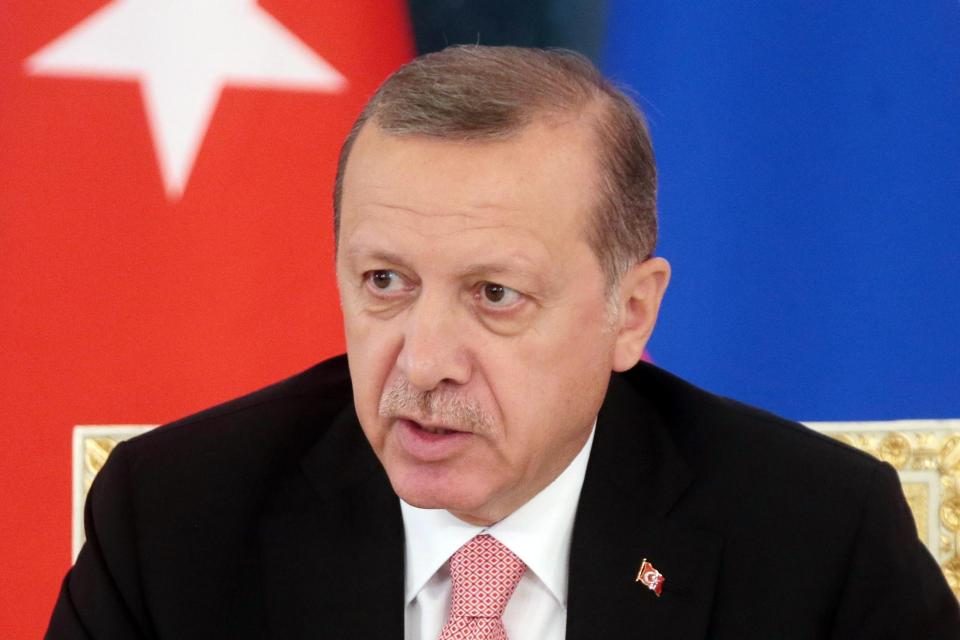 Apart from the Islamic State, he also mentioned Kurdish People’s Protection Units in northern Syria (YPG) and Democratic Union Party (PYD) as groups supported by the US coalition.

Erdogan also said on Tuesday that Saudi Arabia and Qatar should join its meeting with Russia and Iran to discuss Syrian peace efforts.

The Associated Press said Erdogan said the meeting of foreign ministers should include Saudi Arabia and Qatar, saying they had “shown goodwill and given support” to Syria.

The main backers of rebels seeking to topple Syrian President Bashar Al Assad,who is closely allied with Moscow and Tehran, are Turkey, Saudi Arabia and Qatar.

The US State Department has dismissed Erdogan’s claim as being “ludicrous”.

US State Department spokesman Mark Toner said there was no was basis for such an accusation and added that Washington is “100 percent behind the defeat and destruction of Daesh, even beyond Syria and Iraq.”

However, Michael Maloof, a security analyst and former Pentagon official told RT that “the evidence [mentioned by Erdogan] is quite ample, [the US] have been doing it for a number of years, including running secret CIA operations through Jordan, then through Turkey and into Syria.”

He added that Erdogan’s comments were “disingenuous,” given the fact that “he continues to supply arms [into Syria] as well, with his ultimate aim [being] to go after the Kurds, and ISIS is secondary.”

In remarks on the latest National Defense Authorization Act signed into law by President Barack Obama, the Russian Foreign Ministry pointed out that the new bill “openly stipulates the possibility” of delivering more weapons to Syria.

Ministry spokesperson Maria Zakharova said those arms “will soon find their way to the jihadists,” adding that America had “refused” to fully cooperate in fighting terrorism.