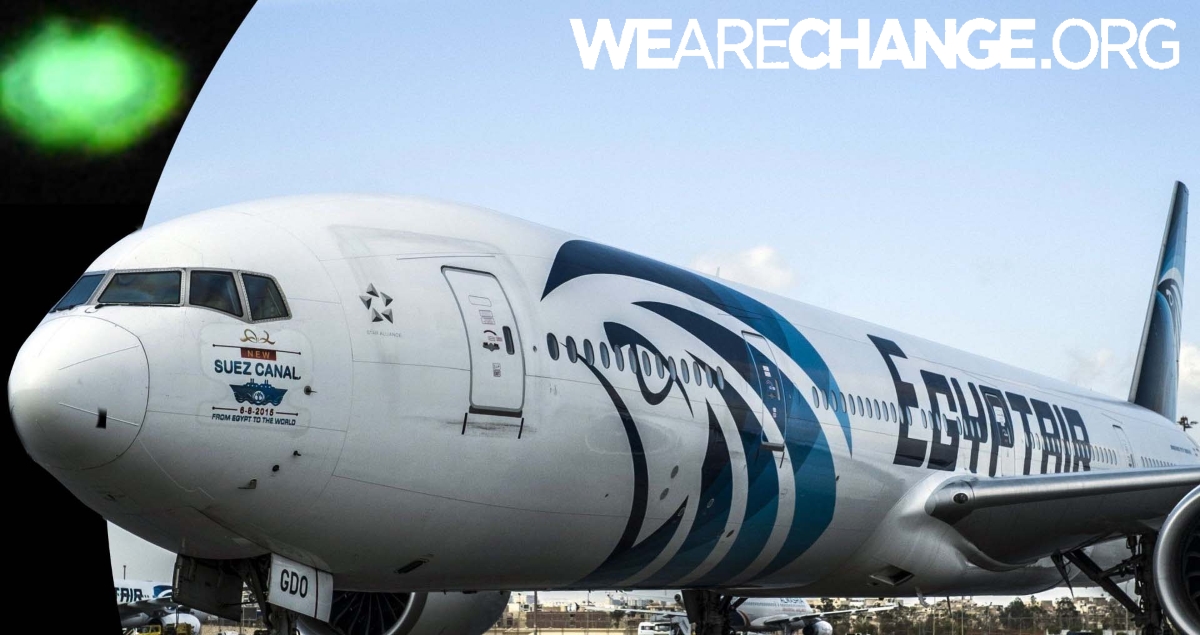 Move over Roswell,
The Australian News Agency www.news.com.au has reported that
hurriyetdailynews.com has said Two Turkish Pilots told Air traffic control in Istanbul. They had an Unidentified flying object encounter with green lights pass 2-3,000 feet above them. “Then it vanished all of a sudden we are guessing it was a UFO.”
The pilots are quoted as saying shortly before flight MS804 Crashed.
However the report doesn’t suggest that a UFO is to blame for Egypt Air’s Crash and says its more then likely due to a fire as smoke was reported shortly before the crash.
Its just highly interesting that Turkish pilots reported seeing an unidentified flying object prior. Are we alone or are we sharing our skies with extraterrestrials?

That answer may have already been given to us,
It’s interesting to note..
Another incident where its said a UFO possibly collided with a Chinese plane in 2013.
When an unknown object caused a severe dent in the planes nose cone.
That aviation experts can’t even explain..
Its the Age old question and one many people are interested in.
Are we Alone or are we being visited by Extraterrestrials and is there a government cover up, since Roswell and the UK equivalent the Rendlesham Forest incident?
The other question is who’s paying the insurance bill that’s a pesky thing to deal with i don’t think ET has Insurance like we do on Earth. Do insurance companies cover Extraterrestrial Incidents? or do they consider those “Acts of God.” One thing is for sure Dorothy I don’t think were in Kansas Anymore..

Was it a bird? A Plane? Or a UFO?? Chinese passenger jet hits mysterious object at 26,000ft and lands with severely dented nose cone:

Overtime Several Pilots Have reported UFO sightings. In my own opinion Aviator pilots and Military personnel are always one of the best sources of information when it comes to UFO sightings. Because they fly they know every aircraft in the sky and when something is out of place they know.
Here is two examples of pilots reporting UFOs.
One week prior to the incident with a UFO colliding into a Chinese jet three Pilots flying passenger planes over Britain’s Scientology base say they saw two UFOs hovering above the Scientology Headquarters.
The next and final case is in Russia where
Flight controllers claim that Extraterrestrials spoke to them in a cat like language purring and meowing at them. Maybe or maybe the Russians just had a bit too much whiskey and brandy rum.. Oh and that insurance claim i checked Geico doesn’t cover Intergalactic crashes bummer ET ask All State..

Pilots of three passenger planes saw two UFOs above Britain’s Scientology base as they landed at Gatwick:

Close encounters of the purred kind: Aliens spoke to us in a ‘cat-like language’ claim Russian flight controllers: