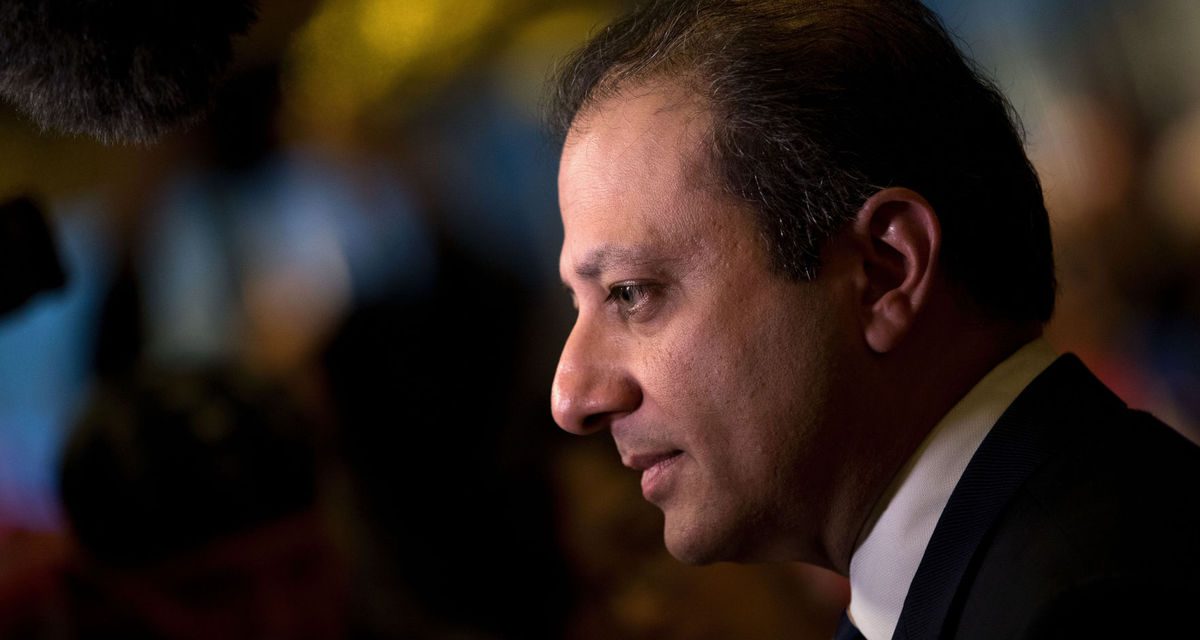 U.S. Attorney Preet Bharara best known for prosecuting political corruption was fired after refusing to submit a letter of resignation after the DOJ on Friday had asked all 46 remaining Obama-appointed U.S. attorneys to resign.

I did not resign. Moments ago I was fired. Being the US Attorney in SDNY will forever be the greatest honor of my professional life.

Bharara confirmed that U.S. Attorney General Jeff Sessions fired him on Saturday tweeting out “I did not resign. Moments ago I was fired. Being the US Attorney in SDNY will forever be the greatest honor of my professional life.”

In late November, Bharara said that then president-elect Trump had asked to see him to discuss “whether or not I’d be prepared to stay on as the United States attorney to do the work as we have done it, independently, without fear or favor for the last seven years.” “We had a good meeting,” Mr. Bharara said. “I said I would absolutely consider staying on. I agreed to stay on.”

Bharara’s office was working through an investigation of New York City Mayor Bill de Blasio and about to start the trials of two close allies to New York Gov. Andrew Cuomo as well as is allegedly investigating the Clinton Foundation.

Bharara has been one of the few attorneys who pressed charges against Wall St in the aftermath of the financial crisis. Although, some have accused Bharara of not being strict enough on the institutions found to have been criminally liable with virtually no bankers ending up in jail, and instead it was mostly shareholders being punished with banks forced to pay nearly a quarter trillion in legal fees and settlements over the past decade for violations from RMBS selling, to LIBOR, to FX and gold market rigging Zerohedge reported.

He’s prosecuted nearly 100 Wall Street executives and brought legal challenge to the four largest banks in the U.S. according to The Hill.

Such resignation requests are a normal business as part of a transition of power from one administration to another.