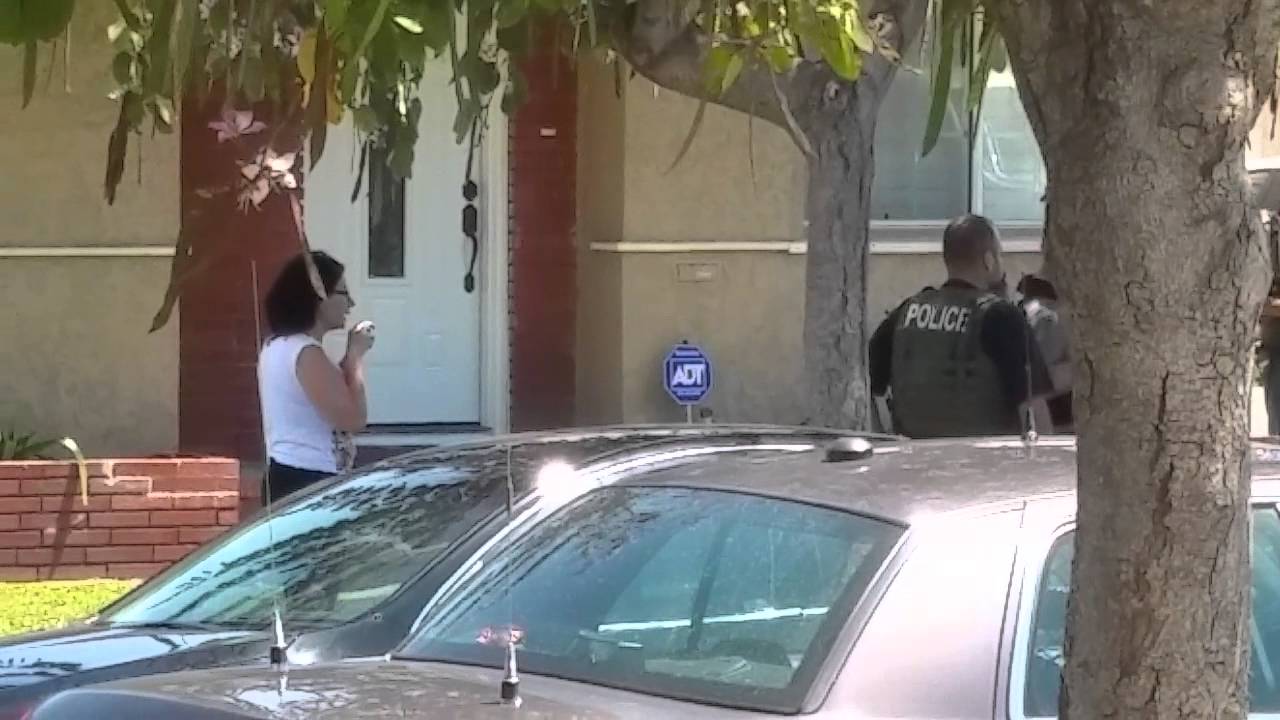 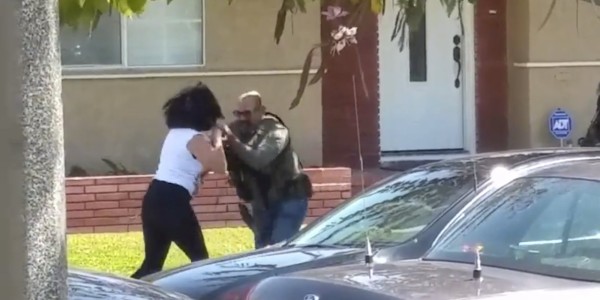 On Sunday Beatriz Paez, 34, recorded video of deputy marshals as they detained a group of people in her neighborhood. Someone else in turn was recording her, on the video that ended up on YouTube and sparked the U.S. Marshals Service investigation.

“The U.S. Marshals Service is aware of video footage of an incident that took place Sunday in Los Angeles County involving a Deputy U.S. Marshal. The agency is currently reviewing the incident,” officials said in a statement….

In the video, Paez is shown standing on the sidewalk aiming a cellphone toward two men standing a short distance away, wearing black shirts with tactical vests reading “Police” across the back. As the men stand with their backs to the woman, she can be heard saying “You are making me feel unsafe, and I have a right to be here” and “You need to stay away from me, I don’t feel safe with you closer to me,” among other statements.

Paez said Tuesday that the men had noticed her recording moments earlier and began to back up toward her to block her view. About 27 seconds into the video, a third man, a deputy U.S. marshal wearing a tactical vest and carrying a rifle, walks across a front lawn toward the sidewalk where Paez is standing.

Paez appears to aim her phone toward the deputy as one of the other men motions toward her with his arm. The words spoken at this point in the recording are unintelligible.

At 32 seconds, Paez takes a couple of steps away from the men. The deputy marshal crossing the lawn then rushes toward her and grabs the device from her hand.

“Oh! No! Don’t do that!” Paez is heard yelling as the man wrestles the device out of her hand and smashes it on the ground.

The phone’s screen was shattered and the device stopped working, said Paez’s attorney, Colleen Flynn. They plan to try to recover the video Paez was recording from the phone’s chip, Flynn said.

Paez said she began recording when she saw the law enforcement presence, their military-style weapons and a line of people being detained. She said the officers started letting the people they detained go soon after she pulled out her phone and started recording.

“It’s our responsibility to take care of each other,” Paez said. “It’s our constitutional right to film.”

Still no news from the investigation into the officer, lets not let this one get swept under the rug. -JP