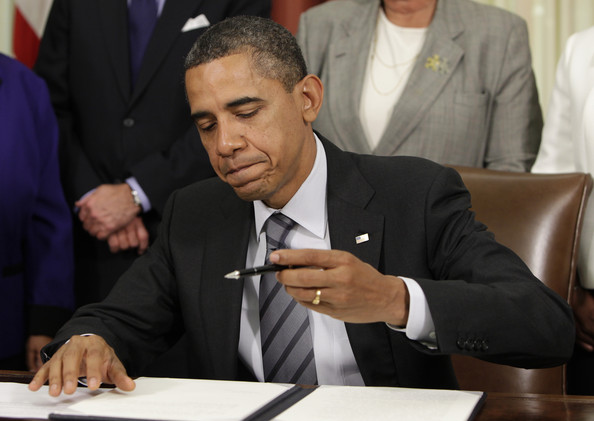 On Wednesday, the Senate voted overwhelmingly to override President Obama’s veto of the 9/11 bill Justice Against Sponsors of Terrorism Act (JASTA), that allows victims of 9/11 to sue Saudi Arabia for it’s involvement in 9/11 and victims of terrorism in general to sue foreign sponsors of attacks.

This marks the first time in Obama’s presidency that the Senate has mustered enough votes to overrule one of Obama’s vetos, despite a number of unconstitutional bills crossing his desk since he took the office, including the NDAA and repeal of the Smith-Mundit Act which protected U.S. citizens against government sponsored propaganda.

Who was the single vote for keeping Obama’s veto you ask? None other then Senate Minority Leader Harry Reid.

The White House responded to the vote, calling it “embarrassing.”

“I would venture to say that this is the single most embarrassing thing that the United States Senate has done, possibly, since 1983.” – Obama spokesman Josh Earnest.

Obama warned in a letter to Senate leaders last week that if the bill were to pass it would allow not only victims of terrorism in the U.S. to sue foreign countries, but also allow foreign countries to sue the U.S. military, and intelligence agencies as well as possibly subject U.S. government assets to seizure.

“The consequences of JASTA could be devastating to the Department of Defense and its service members — and there is no doubt that the consequences could be equally significant for our foreign affairs and intelligence communities,” – Obama wrote.

In February, Secretary of State John Kerry warned the Senate that the bill would put America in legal jeopardy — if the U.S. weakens sovereign immunity provisions, other countries could do the same, opening the door to new lawsuits against America’s government, corporations, and citizens saying –

“The 9/11 bill would expose the United States of America to lawsuits and take away our sovereign immunity and create a terrible precedent.”
– John Kerry.

The bill’s passage stems from the release of the 28 pages of the 9/11 Commission Report which shows Saudi Arabian ties to the 9/11 hijackers. If that’s not enough, there was a flight certificate of an Al-Qaeda operative Ghassan al Sharbi linked to 9/11 that turned up in an envelope from the Saudi embassy in Washington. This potentially implicated the Saudi bin Laden family, but it’s pretty hard to prosecute or investigate dead men/women that had a convenient plane crash and crane collapse a mere month later.

Another jailed Al-Qaeda operative Zacarias Moussaou, testified that Saudi Royals funded 9/11 prior to the release of 9/11 commission report. While the King of Saudi Arabia has said that Mossad was responsible, it’s likely that both Saudi Arabia and Israeli Mossad were responsible for the sophisticated terror attack of 9/11 under the guise of the Zionist Khazarian Mafia elite – and no, this is not anti-Semitism, as not all of the Khazarian Mafia are Jewish, not all Zionist are Jews, and not all Jews are Zionists. This might explain the profits made on 9/11, unless Al-Qaeda trades on the stock market.

This marks the end of the cozy relationship of Saudi Arabia and U.S. relations. Watch as Saudi Arabia starts dumping U.S. bonds and causes an economic fallout. Additionally, this bill’s implications mean the U.S. could be sued for it’s controversial drone program overseas.

We will keep you updated on this and more. Stay tuned to We Are Change for breaking news.