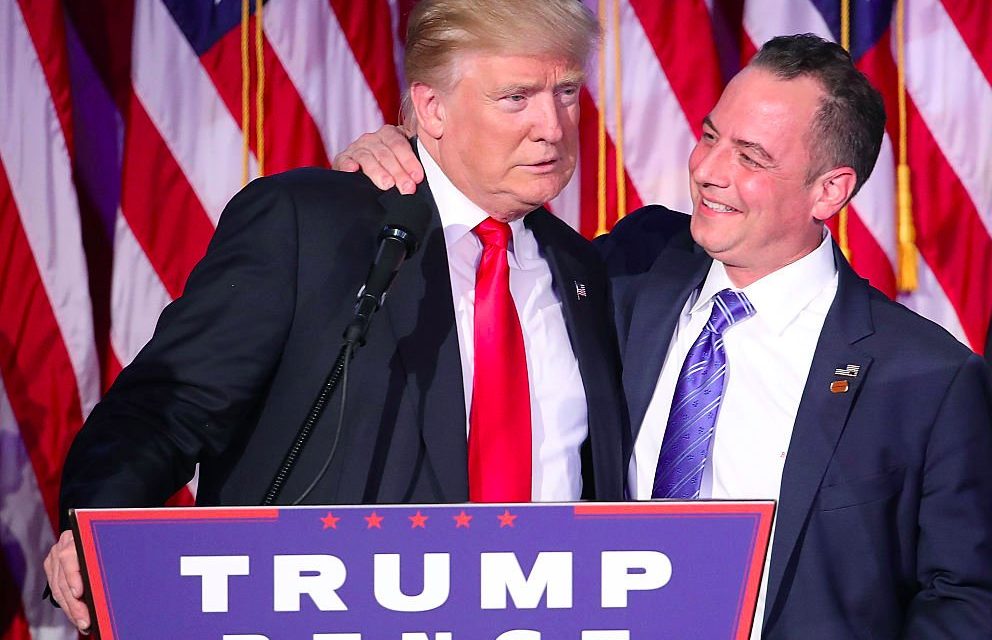 As Democrats fume, Republicans celebrate, and millions of moderates continue to wonder if President-elect Donald Trump will keep his campaign promises, two members of the new Cabinet were announced yesterday.

Trump highlighted Reince Priebus’s role in his campaign during his victory speech, calling his adviser an “amazing guy.”

“Reince is a superstar, he is the hardest working guy,” said Trump.

Many who voted for Trump to dethrone the establishment, or “drain the swamp” as Trump put it, are wary of the choice of Priebus, the former RNC chairman, for a prominent Cabinet position. Independent journalist and popular author Mike Cernovich, no fan of the establishment, has defended the choice of Priebus but is wary of the “cucks” trying to gain access to Trump’s administration.

The issue isn’t Reince, he took a lot of shots. Issue is the cucks who are getting back in. I’m privy to info that’s not public yet. https://t.co/48OquvJIMh

Trump hires people and delegates heavily. Cucks are trying to get in indirectly through those channels. https://t.co/VUFpLTG9q8

“Back stabbers (NeverTrump) are enemies forever,” tweeted Cernovich. “This is a crucial distinction. Tea Party became irrelevant after money grubers invaded. Those same people elbowing in on Trump movement. Mistake to let them back in.”

Steven Bannon is a former Goldman Sachs banker, Seinfeld producer, and ex-Navy veteran who served as CEO of the Trump campaign. His populist messages have catapulted Breitbart to the forefront of conservative media and helped Trump win the White House. Bannon’s success at Breitbart led to many propagandist news outlets owned by Wall Street to smear him as a “white nationalist.”

“Steve and Reince are highly qualified leaders who worked well together on our campaign and led us to a historic victory. Now I will have them both with me in the White House as we work to make America great again,” President-elect Trump said in a statement.

The question of whether President Trump will keep his campaign promises remains, but Ron Paul weighed in recently, saying Trump would not be co-opted by Washington insiders. “I don’t think he’s going to be co-opted,” said Ron Paul in a discussion on the shadow government on FOX Business.

Newt Gingrich previously cheered Trump and called him an “outsider to the secret society in Washington.” Newt would know – Gingrich himself has been to the infamous Bohemian Grove.

We Are Change has investigated Trump’s connections and found no direct connections to secret societies like Bohemian Grove or the Bilderberg Group. However, Trump has been endorsed by billionaire investor Peter Thiel, who attended last year’s Bilderberg Group meeting.

We Are Change’s Luke Rudkowski questioned Thiel outside the Bilderberg Group meeting in June, and Thiel surprisingly stopped and answered Luke’s question.

Trump was also briefed by Richard Haass, the president of the Council on Foreign Relations, undoubtedly a secret society of the rich and powerful, as discussed in the video below.

So is President Trump really a man for the people? Only time will tell. Stay tuned to WeAreChange for the truth of the matter.

We Are Change Editor-In-Chief Andrew Meyer contributed to this report.