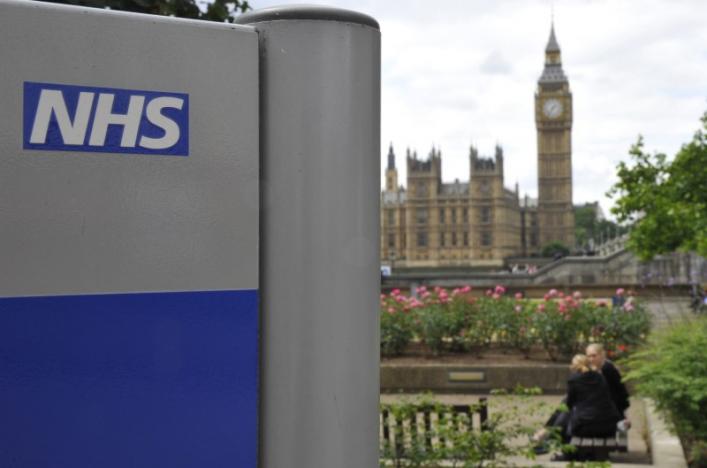 More than 20 hospitals have declared “black alert” in the United Kingdom, the highest level of alert. Hospitals are dangerously full and patients are waiting hours in British emergency rooms, or A&E departments. Some have even been forced to transfer to other hospitals.

Operations are being cancelled and rearranged to free up bed space. The system is severely over-subscribed, as overflowing A&E departments struggle to cope. Some have no option but to close their doors. This ongoing problem puts patients in grave and sometimes fatal danger.

In the first three days of January 2017, three patients all died in the same A&E department in Worcestershire Royal Hospital. An unnamed woman died of a heart attack after waiting 35 hours on a gurney in a corridor. A male patient suffered an aneurysm and was rushed to a resuscitation area where he died. A third, unnamed man is suspected of dying of asphyxiation when he accidentally got tangled in his drip feed cord while in a separate toilet cubicle. A spokesman for the Worcestershire Acute Hospitals NHS Trust would not speculate on the circumstances of the deaths but did say that, “None of these deaths can be correlated to winter pressures.”

Dr Mona Kamal explains, “This is a wholly manufactured crisis borne out of a sustained program of cuts which has seen health care funding in the UK fall well behind other developed countries. Alongside these cuts we are witnessing unprecedented levels of private sector involvement.”

This is backed up by the shadow health secretary, Jon Ashworth who said,‘The controversy has to be about the systematic underfunding of the NHS under Theresa May.”

The Mirror reported that a 2-year-old girl, Brooke Burden, was rushed to A&E in Margate, Kent, with a suspected asthma attack. This video shows a thin mat and blanket instead of a bed. The child can be heard coughing continuously and her mother Gaby saying, “this is not alright and I am not happy about it,’ and “she’s treated like a f—king dog.”

Brooke had to wait eight hours before she was moved to a ward.

Similar incidents have been reported throughout England. Jack Newman, a 22-month-old child, was rushed to Conquest Hospital in Hastings with a rash and a dangerously high temperature – suspected meningitis. 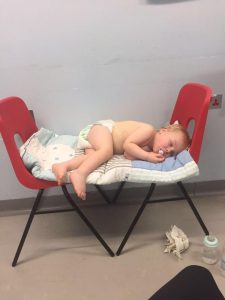 Jack and mother Rose waited five hours before the on-call doctor was able to see them.

The Prime Minister, Theresa May gave her response during Prime Minister’s Questions in the House of Commons, saying, “I accept there have been a small number of instances where unacceptable practices have taken place.” She also hit out at the Red Cross, who said the NHS was in the grip of a “humanitarian crisis,” calling the description “irresponsible and overblown.” Shouts of disbelief could be heard from the opposition.

The leader of the opposition Labour Party, Jeremy Corbyn said in an interview with the BBC, “To be criticized by the Red Cross is unprecedented in my memory. The Red Cross, essentially a voluntary organization, is helping out the NHS…We have health care as a human right in this country. That’s what the NHS is for. The NHS needs the money now in order to care for everybody.”

Corbyn’s attempts to raise awareness have gone largely unreported by the mainstream media. Earlier this month Rob Delaney, a well known comedian, actor, and writer with over a million followers on Twitter, attempted to share his support for the NHS by contacting the UK media and found the right wing press would not run his story.

I wrote about the NHS as someone who grew up with American healthcare for 4 decades then moved to U.K.: https://t.co/G3oHpbOOhc

He warns the British public, “Americans forego care and medicine that their physicians prescribe, because of cost. They also commit suicide because of medical debt.’ Of the NHS he said, ‘the NHS of this exact moment in 2017 is better that the private healthcare systems in the US”.

The NHS was established as one of the major social reforms following the Second World War on the founding principles of being comprehensive, universal, and free at the point of delivery. It is funded by the people, for the people, and it is ment to always have the patient’s best interest at heart instead of profits. Now contracts worth millions of pounds have been given to the likes of Virgin and Serco. Patients may not even be aware they are receiving treatment from a private company since contractors may go on using the trusted and familiar NHS logo.

One organization, similar to advocacy groups like MoveOn in the United States and GetUp in Australia, taking a stand for the NHS is 38 Degrees who rely on donations to operate. They encourage people to sign the petition below which demands more funding. When it gets to 300,000 signatures, the petition will be sent straight to the UK government.

Over 250,000 of us have demanded more funding for our NHS. Will you join us? Sign here: https://t.co/6Igun6EBRchttps://t.co/i7sjbGBWiR

This crisis raises questions about the role the media takes in a democracy. We need the media to challenge power and present all the facts, thereby creating a real debate making change possible. With no end of this crisis in sight, it remains to be seen what fate future patients of the NHS and the NHS itself may suffer.