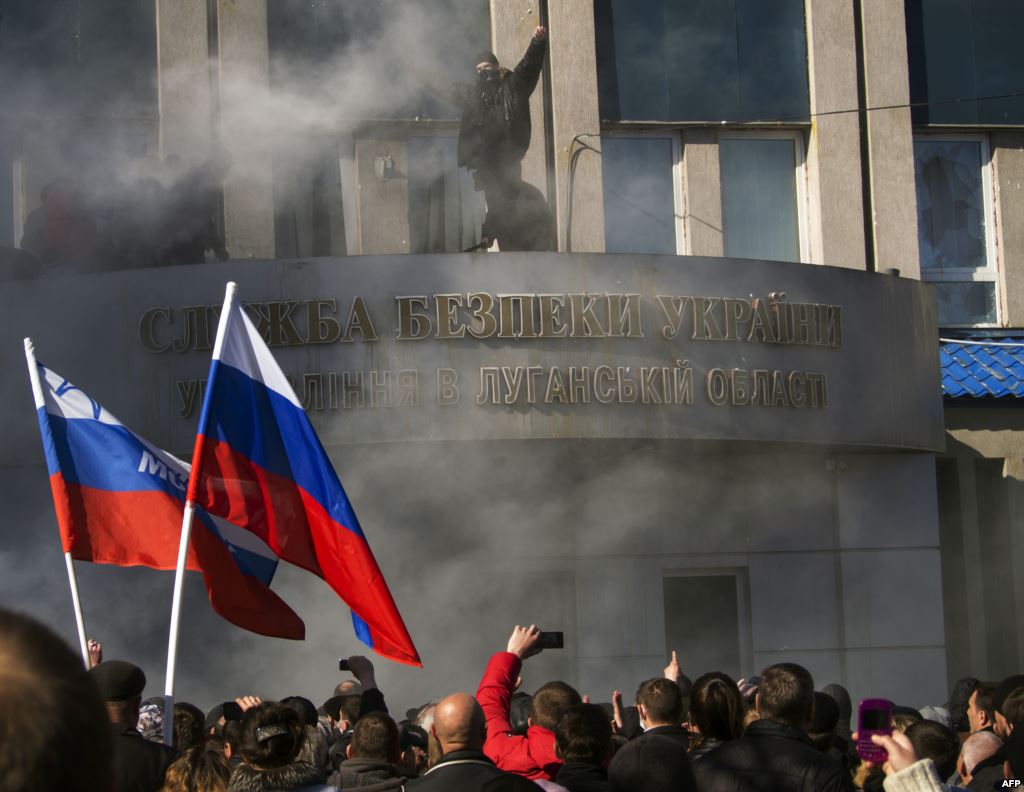 In Donetsk, 50 miles west of the Russian border, a large group of people, including many in masks carrying sticks and stones, surged into the provincial government building and smashed windows.

The protesters stormed regional government buildings in the industrial hub of Donetsk and security service offices in nearby Luhansk, waving Russian flags and demanding a Crimea-style referendum on joining Russia.

“Putin and Yanukovych ordered and paid for the latest wave of separatist disorder in the east of the country. The people who have gathered are not many but they are very aggressive,” Mr Avakov said.

“The situation will come back under control without bloodshed. That is the order to law enforcement officers. But no one will peacefully tolerate the lawlessness of provocateurs.”

Mainly Russian-speaking eastern Ukraine has seen a sharp rise in tensions since Mr Yanukovych was overthrown in February and the advent of an interim government in Kiev that backs closer ties with the European Union. Russia has branded the new government illegitimate and has annexed Ukraine’s Crimea region, citing threats to its Russian-speaking majority.

Around 1,500 people protested in Donetsk yesterday before breaking into the regional administration building, where they hung a Russian flag from a balcony, a Reuters witness said. Protesters outside cheered and chanted: “Russia! Russia!”

Talking to the crowd over a loudspeaker, protest leaders in Donetsk said they wanted regional politicians to convene an emergency meeting to discuss a vote on joining Russia like the one in the Crimea region.

“Deputies of the regional council should convene and take the decision to carry out a referendum,” one of the protest leaders said, without identifying himself.