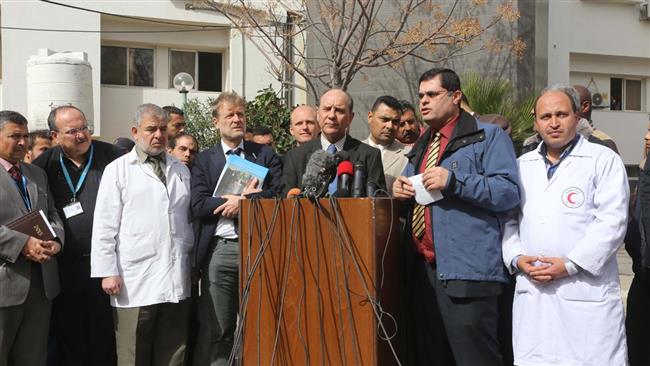 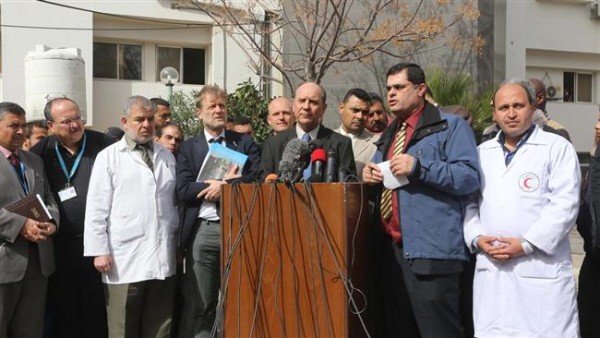 “The siege on the Gaza Strip has taken a significant toll on the strip’s ability to provide medical and humanitarian services,” James Rowley said during a press conference at the al-Shifa Hospital in Gaza on Tuesday.

The UN official also called for the reconstruction of areas damaged during Israel’s summer war on the Palestinian coastal enclave.

“The Israeli siege on Gaza must be lifted to allow the delivery of proper medical care and end patients’ suffering,” Rowley added.

He also asked countries which had pledged financial aid for the reconstruction efforts in the coastal sliver to fulfill their promises.

Rowley went on to urge the Egyptian government to open the Rafah border crossing “to allow the transfer of patients and medical supplies” into the besieged enclave.

The Gaza Strip has been under a crippling Israeli siege since 2007. The blockade, which has cut off the territory from the outside world, has led to an economic and humanitarian crisis in the densely-populated enclave.

Israel unleashed attacks on Gaza in early July 2014 and later expanded its military campaign with a ground invasion into the Palestinian territory. The war ended in late August that year.

Over 2,130 Palestinians lost their lives and some 11,000 were injured. Gaza Health officials say the victims included 578 children and nearly 260 women.

About 1,500 buildings and structures were also demolished during the Israeli offensive.

Rebuilding has hardly started in Gaza, while experts say it will take a long time even if the Israeli regime considerably eases its blockade on the territory.